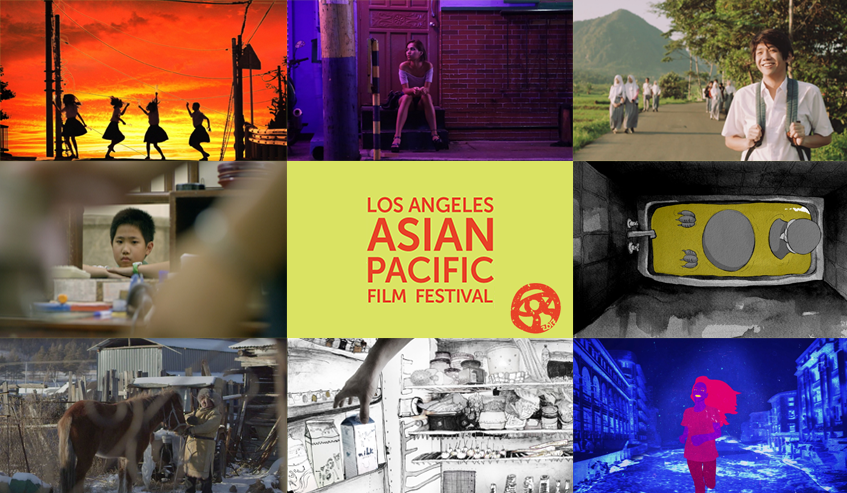 Ever been a part of something before the rest of the world realized how dope it was? Some of us may have.

Despite the telecast mishap, Academy Award®-winner MOONLIGHT is a terrific example of quality and hype converging in a snowball phenomenon. I was lucky to have watched MOONLIGHT during its first round of screenings at select local theaters in 2016. Although film festival critics had already given it significant praise, this was when the film’s Facebook page only had a few thousand likes. Few knew about it then in the mainstream public, and even fewer would have predicted that it would enter the Academy spotlight and ultimately win the Best Picture category. To have participated in the snowball journey well before the snowstorm made the win even more satisfying.

But that experience is rare and often isn’t realized until after a long period of time. Luckily, Visual Communications’ 2017 Los Angeles Asian Pacific Film Festival has an entry point for us before the hype.

In December 2016, we were pleased to receive news from our friends at the Academy of Motion Picture Arts & Sciences that the Los Angeles Asian Pacific Film Festival has been approved as an Academy Award®-qualifying festival for Short Film Awards. Recipient(s) of the Film Festival’s Golden Reel Award for Narrative Short Film will be eligible for consideration in the Animated Short Film/Live-Action Short Film category of the Academy Awards®.

The following narrative short films are competing for this year’s Golden Reel Award:

Like MOONLIGHT, most, if not all, of these films are generally unheard of outside of independent film production networks. But like MOONLIGHT, these films may sometime in the future be highlighted, distributed, and praised at the most prestigious awards stage in the industry.

Ever wanted to be a part of something dope before the rest of the world realizes? Here’s your opportunity.

Jazz Kiang is an incoming student in the Higher Education & Organizational Change program at the UCLA Graduate School of Education and Information Studies. He completed his undergraduate degree at UCLA in Asian American Studies while advocating for student services and the passage of UCLA’s College of Letters and Science Diversity Requirement. Jazz currently works at the UCLA Community Programs Office, where he provides programmatic feedback for its student-run K-14 outreach programs.