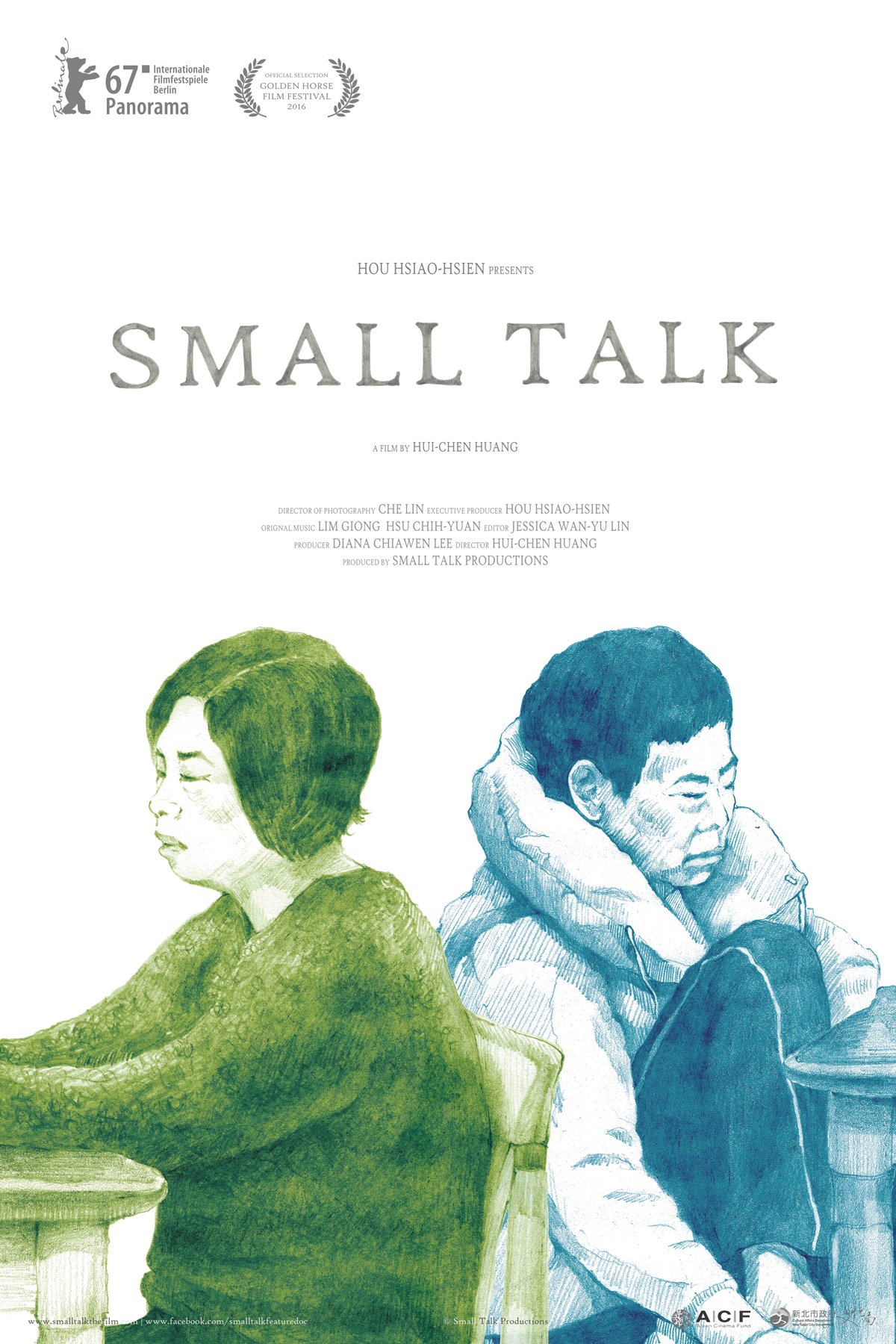 SMALL TALK (日常對話) is a Taiwanese documentary that packs a punch while exploring the identity of a lesbian mother’s past and extraordinary relationship with her filmmaker daughter Hui-Chen Huang. Expertly crafted with long cinematic takes to truly convey the depth of topics discussed, this piece of cinema covers Asian family ties and communication barriers, LGBTQ life in Taiwan, mental health, as well as hope and healing for the future. Filmmaker Hui-Chen Huang utilizes the camera to communicate with her mother, Anu, to understand the reason for distance between each other. Huang’s lesbian mother, Anu, grew up during a time when arranged marriages were customary yet still managed to have girlfriends. The documentary narrative unfolds Anu and Hui-Chen’s relationship in the midst of intimate conversations at the dining table and interviews with Anu’s siblings and Anu’s past girlfriends.

Filmmaker Hui-Chen Huang’s earlier career hint at her activist intentions. Previously working for Taiwan International Workers Association and China Time’s Trade Union, she is familiar with advocating for labor rights and social justice. (Source) Huang continues her work through this film, shedding light on a unique story of the LGBTQ community from a rare perspective: daughter of an emotionally distant lesbian mother. In an interview with the Berlin International Film Festival, Huang reveals that the film had a healing effect on her mother to not be ashamed of being a lesbian and a survivor of domestic abuse. Huang also mentions that although she wanted to give up making the documentary every single week while filming, the desire to understand her mother for the sake of her own daughter motivated Huang to overcome the challenges. 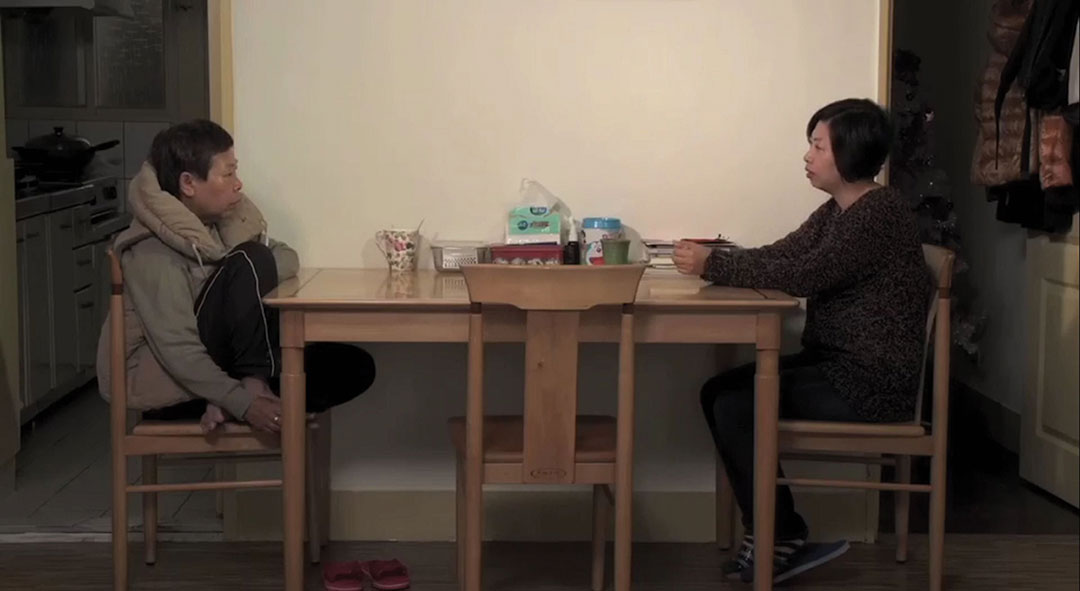 SMALL TALK is an important piece of cinema for several intersectional reasons exploring the identity of an older Taiwanese lesbian. In the attempt to understand their mother-daughter’s distant relationship, Huang uncovers their family’s issues with domestic abuse and mental health when Anu reveals that she threw away her mother’s suicide pills. The interview questions in the documentary also paint a picture of how far Taiwan has come in terms of LGBTQ rights when Anu’s siblings, well into old age, still deny knowing about Anu’s sexuality despite Anu’s numerous partners. Last but not least, this film is so precious because of the opportunity to explore the impact of Asian familial pressures and societal standards to get married, when Huang asks her mother, “Why did you get married (to a husband) if you’re a lesbian?” SMALL TALK brings to life an intimate portrait of Anu and the trials and tribulations many of us face. 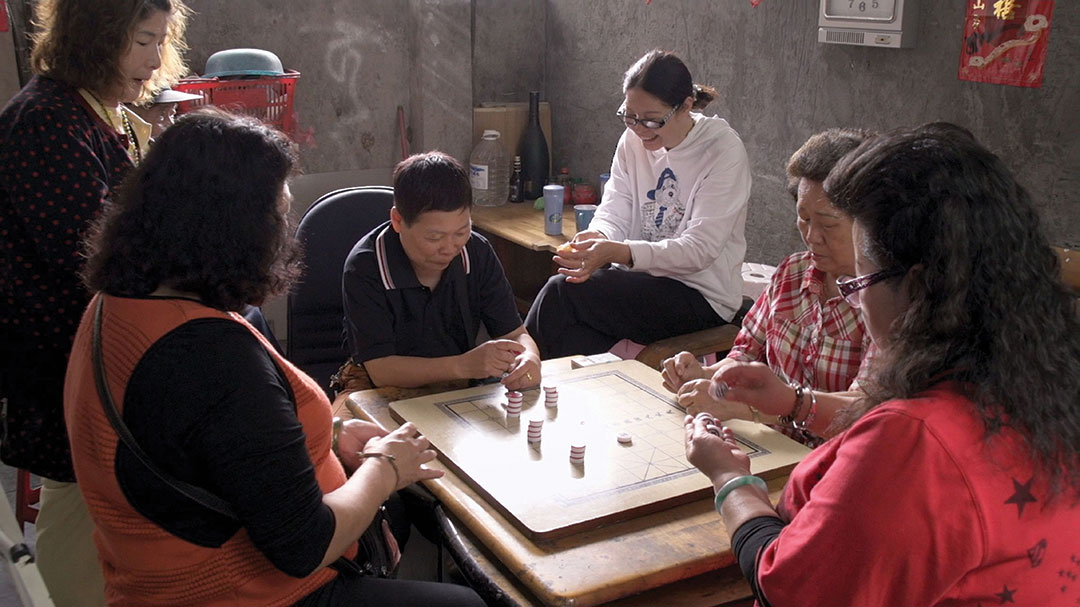 To talk about the traumas of the past in order to heal from it is very brave. To make a film of the process and share with the rest of the world is generous. SMALL TALK is exceptional in how it captures emotion and crafts an outstanding cinematic experience, complete with tears and laughter. This film is pivotal to the current LGBTQ population worldwide and premieres during a crucial time as Taiwan attempts to lead the struggle for LGBTQ rights in Asia.

SMALL TALK has already garnered international attention winning the Teddy Award for Best Documentary in Berlin and the Golden Horse Award for Best Documentary and Best Editing in Taiwan. This eye-pleasing, thought-provoking documentary will be premiering on the U.S. West Coast at the 33rd Los Angeles Asian Pacific Film Festival Tuesday May 2 at the Downtown Independent at 7PM. And you won’t want to miss it. Click here to buy tickets.

Ngoc Anh Ha is the #LAAPFF2017 Social Media Coordinator. Fresh from the Bay Area, they are a queer vietnamese womxn passionate about making movies and seeing many Asian womxn as lead characters in TV and film.