Posted May 3rd, 2017 by Visual Communications in Updates

We are delighted to announce members of our Awards Jury, composed of distinguished members from the film and creative industries. The 2017 LA Asian Pacific Film Festival Awards Winners will be announced after the Awards Ceremony on May 4th, 2017. 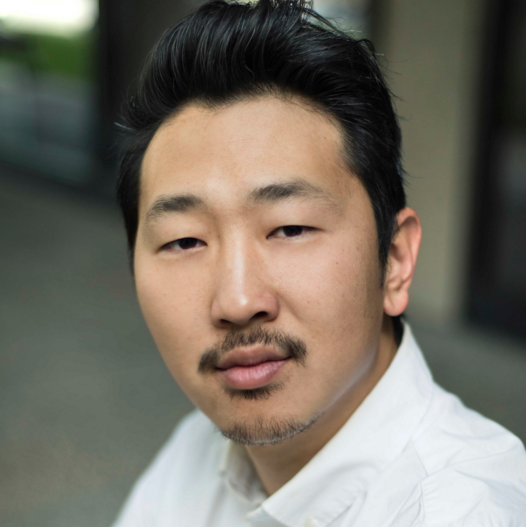 Andrew Ahn is a queer Korean-American filmmaker born and raised in Los Angeles. His feature film SPA NIGHT premiered at the 2016 Sundance Film Festival and won a Special Jury Award for Breakthrough Performance. The film also won the John Cassavetes Award at the 2017 Independent Spirit Awards. Ahn participated in the Sundance Screenwriters Lab, the Film Independent Screenwriting Lab, and the Film Independent Directing Lab for the film. Ahn is an alum of Film Independent’s Project Involve and has promoted diversity in the arts by mentoring youth filmmakers through programs like Pacific Arts Movement’s Reel Voices and Outfest’s OutSet. He is also a board member of Los Angeles Performance Practice. He graduated from Brown University and received an MFA in Film Directing from the California Institute of the Arts (CalArts).

Lena Khan graduated summa cum laude and received undergraduate degrees at the University of California, Los Angeles in political science and history, after which she went on to graduate from the prestigious UCLA School of Theater, Film and Television. Lena spent years directing short films, commercials and music videos for international artists, while also gaining experience at noted production companies such as Participant Media. Her films and videos have received over 30 million hits on YouTube, won film festivals, broadcast across the world, and have been seen anywhere from universities to international embassies. Lena has been profiled in USA Today, Teen Vogue, The New York Times, and various other media outlets. With a love for fun and entertaining media that deal with overlooked issues or people, she is now working on a television show, two features, and a children’s book.

Tilane Jones is the Executive Director of ARRAY, a film distribution collaborative focused on filmmakers of color and women. ARRAY has acquired sixteen feature films since 2011 including Ava DuVernay’s award winning MIDDLE OF NOWHERE, Andrew Dosunmu’s RESTLESS CITY, Storm Saulter’s BETTER MUS’ COME, Neil Drummings’ BIG WORDS, and Haile Gerima’s ASHES AND EMBERS. Jones is also Manager of Production for Forward Movement, serving as a producer on all of the company’s visual products. Her film credits include: Ava DuVernay’s MIDDLE OF NOWHERE, THIS IS THE LIFE, I WILL FOLLOW, AUGUST 28TH:THE DAY IN THE LIFE OF A PEOPLE, SELMA and the Oscar nominated Netflix documentary the 13TH. 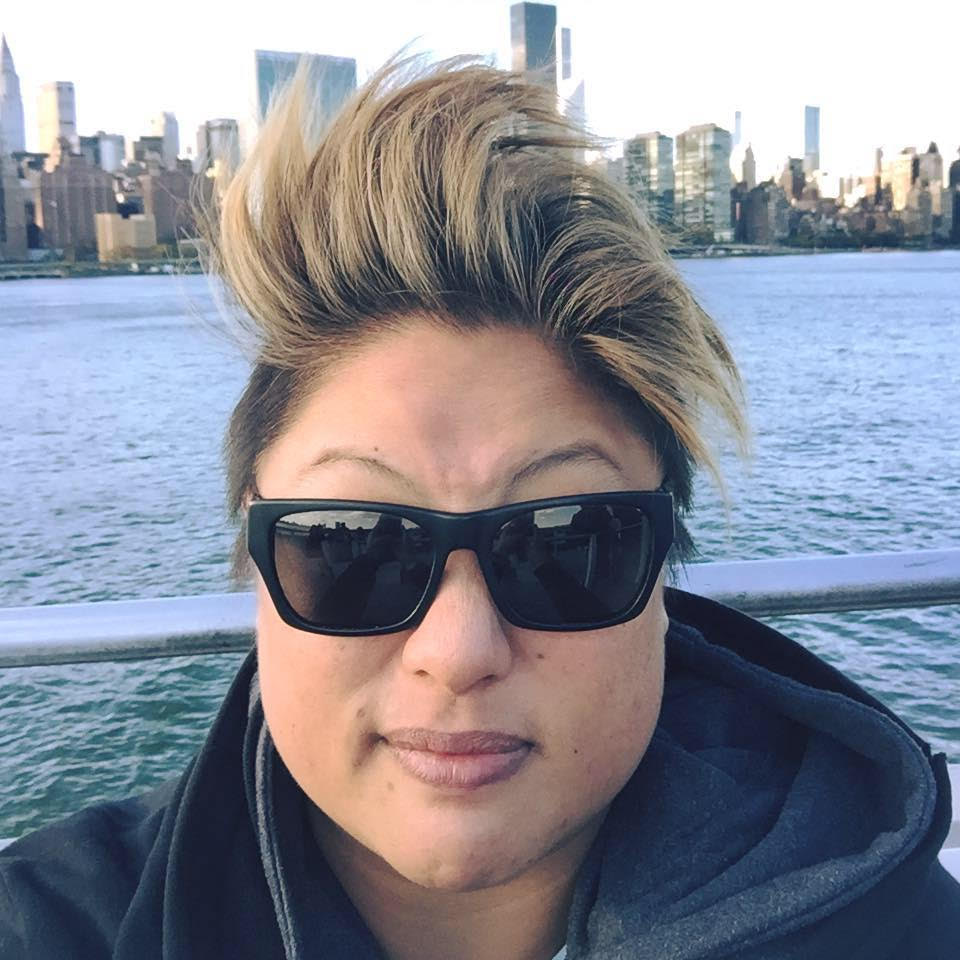 Charmaine Parcero is a producer who started her career in the Los Angeles entertainment industry as an intern at Oxygen Media and the Sundance Institute. She next joined Acappella Pictures, first as an assistant to producer Charles Evans, Jr., working alongside him on various projects, including THE AVIATOR, through developing and producing ADDICTION INCORPORATED. She has a feature documentary in production now, CANCIÓN PACIFICO about the people, their past, society, music and dance in the pacific rim of Colombia. A native San Franciscan, Charmaine received a BA in Political Science and Sociology from the University of California – Irvine, and she currently lives in New York City. 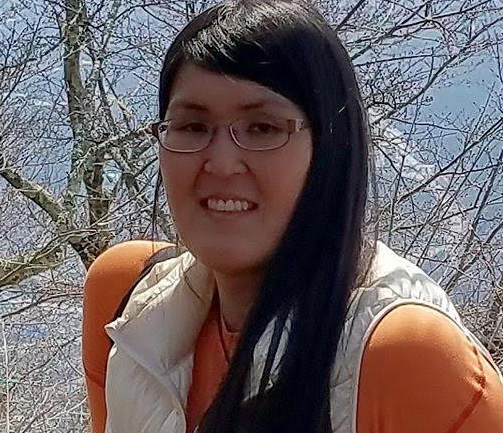 Charlize Toratani hails from Honolulu and currently lives in LA working with the best as an editor and producer. Charlize also was an organizer for the LA Trans Film Fest and currently serves as an assistant programmer for Outfest. Generally though…people knows her for her awesome food pictures on Instagram. 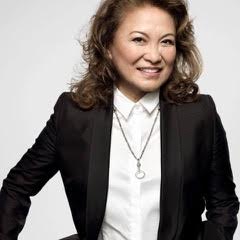 Lily Mariye is a director, writer, and actor. Her award-winning short film, THE SHANGRI-LA CAFÉ, has shown in over 25 film festivals around the world, including the BBC British Short, Seattle International and Palm Springs Short, winning Best Short Film at Moondance and Nashville Independent and Best Screenplay at Brussels Independent. Lily was named one of PBS’ Up and Coming Filmmakers of Color and received the Filmmaker of the Year Award from the National Organization for Women. 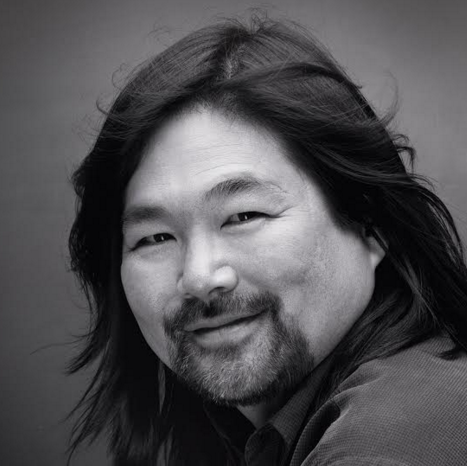 Daryn Okada recently served as director of photography on the features “Let’s Be Cops,” “Dolphin Tale 2” and the High Dynamic Range short film “Emma”. His cinematography encompasses movies of every genre including “Mean Girls,” “Just Like Heaven,” “Baby Mama,” “Ghosts of Girlfriends Past,” “American Reunion,” “Cradle 2 the Grave,” “Dr. Doolittle 2”, “Anna Karenina,” “Harold and Kumar: Escape from Guantanamo Bay,” “My Father the Hero,” “Captain Ron” and “Wild Hearts Can’t Be Broken.” Earlier in his career he earned an American Society of Cinematographers (ASC) Award nomination for his work on the CBS Emmy nominated mini series “In a Child’s Name.” Okada has been a member of the Science and Technology Council of the Academy of Motion Pictures Arts and Sciences (AMPAS) for 9 years and served three terms as President of the American Society of Cinematographers (ASC). Daryn Okada is also a Governor of the Academy of Motion Picture Arts and Sciences (AMPAS). 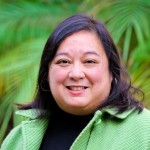 Vera deVera is a five-time programmer for the Los Angeles Asian Pacific Film Festival and former Visual Communications board member. Most recently a Program Director at the California Community Foundation, Vera is taking an “adult gap year” off from her 30-year career in philanthropy and public service to travel both internationally and domestically with her family and to dedicate volunteer time to local nonprofits. Next year, she will likely be applying her talents as a career/life coach, nonprofit consultant and a private tour guide while making time to attend as many local Major League Soccer matches and World Cup 2018 viewing parties as possible.

Senain Kheshgi is a Peabody winning director, producer. She is a director of feature documentaries such as the Emmy-nominated, The Diplomat (ESPN) and Project Kashmir (Independent Lens). Her films have premiered at IDFA, Tribeca, Human Rights Watch Film Festival as well as screened at festivals around the world. Senain has received a Rockefeller/Media Arts Fellowship, three Sundance Fellowships, and two Tribeca All Access Fellowships. Currently, Senain is directing a feature documentary in Pakistan, creating and directing a series for a PBS Digital Studios and writing a screenplay about her Pakistani family. Senain very proudly serves on the Board of Directors of the International Documentary Association. 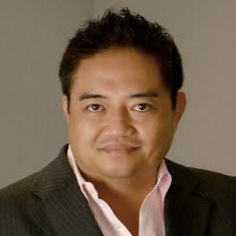 Alexis Monsanto studied Fashion Design at the Otis/Parsons School of Design. In 2011, he opened his own design studio ALEXIS MONSANTO ATELIER, on West Hollywood’s highly coveted Melrose Avenue Fashion Strip as well as became the first American designer to present his work in a 3D Fashion Show which made him in the top 20 newsmakers in 2011. He has been most active in doing red carpet predictions for both the Golden Globes and Oscars for the past two years at KTLA 5 and KSCI Ch. 18 Kababayan Today. His work has been ranked #6 on the Top 10 Best Dressed list by the NY Times during the 2013 Grammy Awards.

Janice D. Tanaka is a producer, educator and television executive with 30 years of experience in producing film, cable, corporate media and educational videos for non-profit organizations in the Asian American community. From 2006 to 2011, Tanaka served as a manager of Diversity Development at Fox where she worked on diversity initiatives to employ diverse writers, actors and directors. She specialized in programs for youth and outreach to make the studio system more accessible to minority students. She also produces videos for clients such as the Japanese American National Museum, Keiro Senior Healthcare, a retirement home for Japanese Americans, Advancing Justice-LA, the USC Alumni Association. 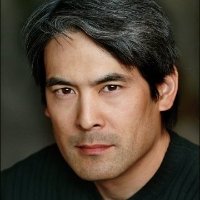 Chris Tashima is an actor and director, with a filmmaking career going back 30+ years–beginning with his days in VC’s super-8 film workshops, under John Esaki and Kayo Hatta. Onscreen roles have included the romantic lead in Eric Byler’s “Americanese” (22nd LAAPFF Closing Night; SXSW Special Jury Prize for Outstanding Ensemble Cast), and Papa Nakaji in Tim Savage’s “Under the Blood Red Sun” (Love International Film Festival Best Supporting Actor Award). He won an Academy Award® for Live Action Short Film, for “Visas and Virtue,” which he directed, co-wrote, and starred in as the Holocaust rescuer Chiune Sugihara.

Giselle Töngi, known to her fans simply as “G”, is a familiar and respected figure in the Filipino community. She has
long been active in the entertainment industry with over two decades of television experience in both the Asian and American market. Primarily recognized for her acting in film, television and theater in the Philippines, winning several awards for her work, Töngi is also an accomplished writer and producer. Her past work includes the short film “Pinoy Grease,” “Pinoy Tango”, as well as “The Balikbayan Project: With the Bascos,” a 13-part travel series about a second generation Fil-Am family’s experience in the Philippines. Töngi is also the host and producer of Kababayan Today, which airs on LA18. 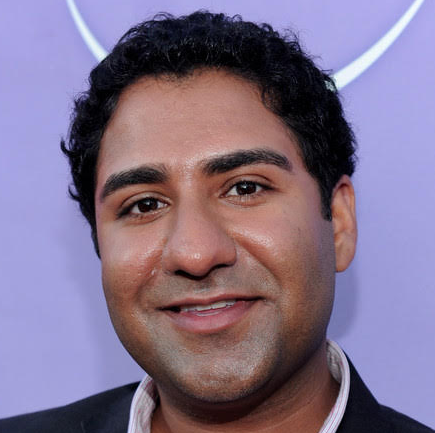 Parvesh Cheena is happy to be a part of the LAAPFF again. Parv is currently recurring on CRAZY EX-GIRLFRIEND and the GOLDBERGS. @parvesh on Twitter and @parvey on Instagram. 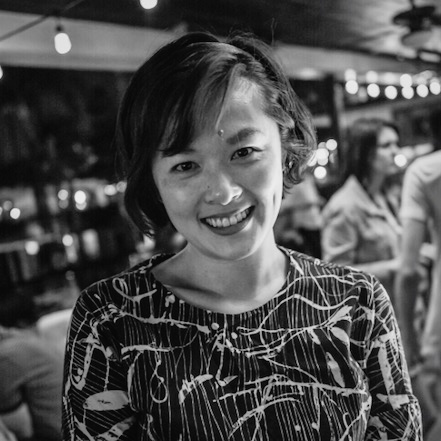 Lily Niu is an independent writer‐producer who brings a cross‐cultural perspective to her projects. Raised in Southern California, she cut her teeth in television advertising production in Shanghai before working on THE DISAPPEARANCE OF ELEANOR RIGBY: HIM / HER (2013) and 5 TO 7 (2014). Niu is an alumna of the Graduate Film Program at Columbia University, and her thesis short film ABOVE THE SEA won several honors, including the 2014 Gold Medal Student Academy Award and the Los Angeles Asian Pacific Film Festival’s Golden Reel Award. Currently, Niu is on staff at the American Film Institute. 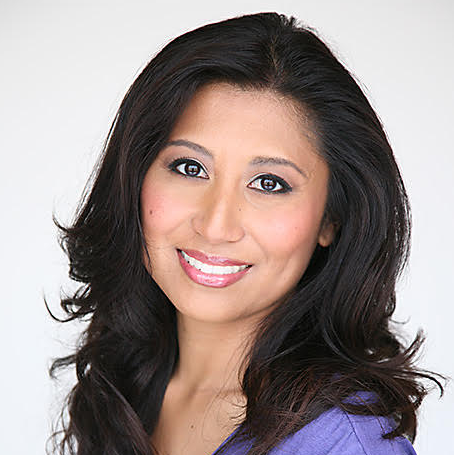 Katherine “Kat” Iniba is a television producer, journalist, editor and writer. She recently celebrated and concluded her 8th year of producing and hosting her show, “Halo Halo with Kat Inib”a – an entertainment and lifestyle television program dedicated to the Asian and Asian Pacific American community; which aired on LA18 (KSCI-TV) and on KIKU-TV, in Hawaii. During her broadcasting career, Kat has served as a freelancer for several entertainment web series. In addition, she has covered numerous red carpet events including the Los Angeles Asian Pacific Film Festival, Screen Actors Guild Awards, American Music Awards, Teen Choice, as well as backstage at the Academy Awards. Currently, Katherine Iniba serves as cohost and correspondent for various LA18 programs, including their exclusive web show “Generation Now” which aims to be the voice for Asian Americans. 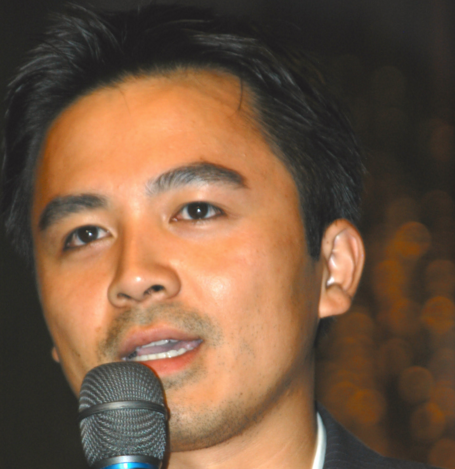 Ringo Le is a writer, director, and producer. His latest comedy “Big Gay Love” starred Nicholas Brendon (“Buffy the Vampire Slayer”). The film won the audience favorite film award at the Palm Springs Film Festival and played at over 50 film festivals worldwide. In 2006 he directed the Vietnamese musical film “Saigon Love Story” which was nominated for Best Picture at the Vietnamese Golden Kite Awards (Vietnam’s equivalent of the Oscars). He is a fellow of Film Independent’s mentorship program where he was mentored by screenwriter/director Bill Condon. He has also participated in the CBS Director’s Program at CBS Television City in Los Angeles.