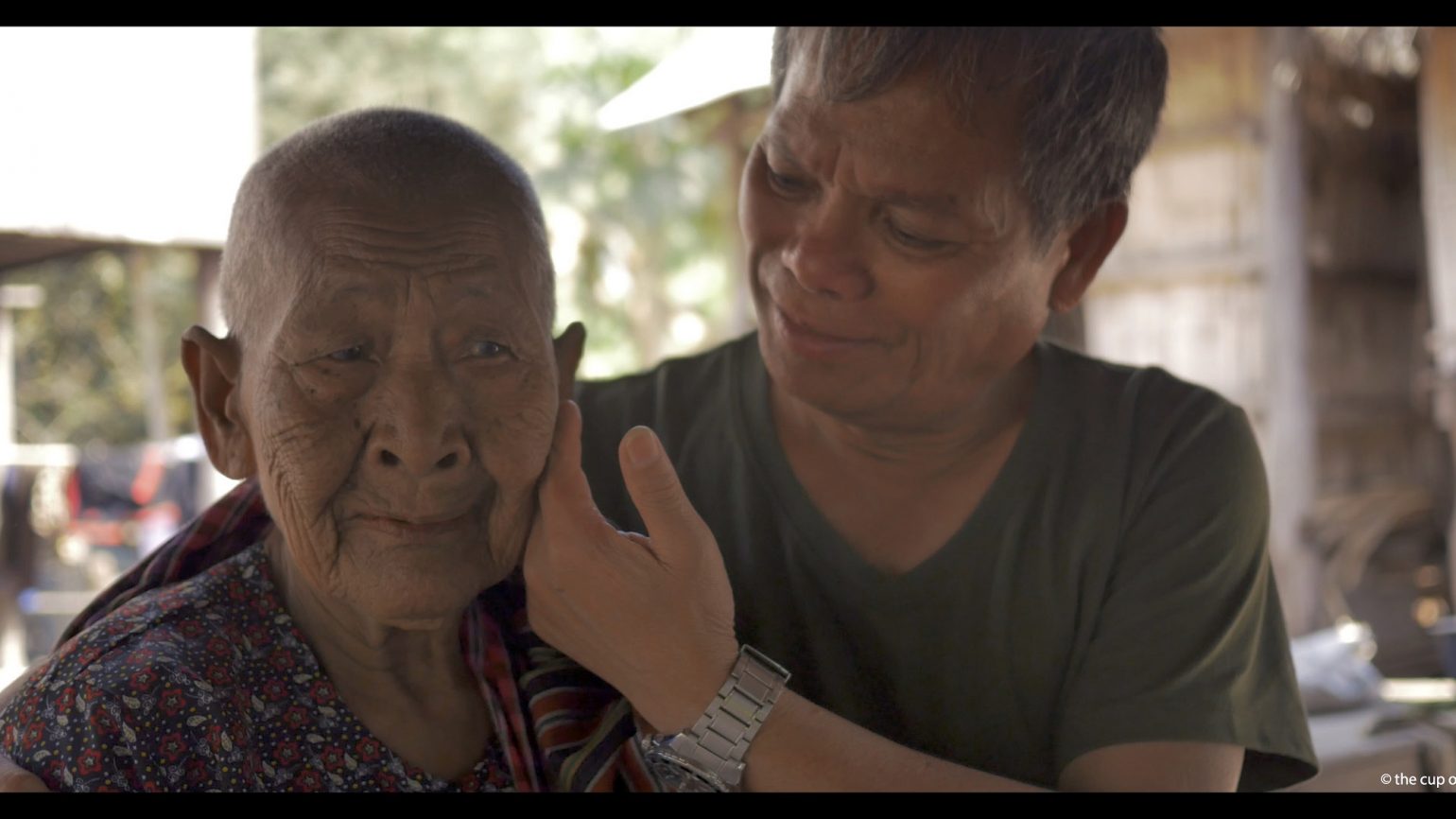 Filmmaker Neary Adeline Hay attempts to reconstruct her family’s—and a country’s—past, accompanying her father Khonsaly as he returns to Cambodia to meet his former Khmer Rouge persecutors in the village where they lived together for four years. Between past and present, identities are revealed, forgotten spectres re-emerge, and the story is finally told face-to-face.

The quotidian in Ta Saeng, where the director’s father has returned, serves as the backdrop for excavating his generation’s traumatic past under one of the most treacherous, modern despotic regimes. Will an old man’s sincere attempt to confront and question what had happened to him and others decades ago matter in the greater scheme of things? This leap of faith invigorates this intensely personal and artful documentary that connects generations, cultures, and languages; and in doing so, expands and enriches our notions of home and homelands.

Foregrounding intimate footage and interviews between Khonsaly and those former persecutors willing to speak on-camera, Hay peels back his deeply embedded trauma. She intersperses topological images of the Cambodian landscape from an eye of God perspective deliberately rendering them as abstractions. As she follows her father reacting to his homecoming, she reflects with him thorough voiceover in French. As subject and documentarian, she allows in the sentiment of father and daughter on this singular journey within the image to refract against the histories of the colonial encounter in their audio exchanges and recollections.

Khonsaly wants us to know that “Angkar” refers to “The Organization,” those who supported, whether by choice or coercion, the regime. “These people are not me,” and they should not be synonymously thought of as “Khmer.” Beyond that, his gentle and resilient demeanor remains restrained from outward displays of anger and resentment. An artistic counterpoint to Angelina Jolie’s historical narrative drama, FIRST THEY KILLED MY FATHER, the choral hymn-like sound design functions as a balm to a lingering close-up of a former perpetrator’s gnarled body, perhaps, as a gesture to this cine-memoir’s healing work. —Lindy Leong

Born in Cambodia in 1981, Neary Adeline Hay sought refuge in France with her family and grew up in the suburbs of Paris. After studying art and later attending the Ecole Normale Supérieure des Arts Appliqués in Paris, she began to make experimental films questioning silence and absence as fantasies and annihilators of our link to one another. ANGKAR is her first feature film.