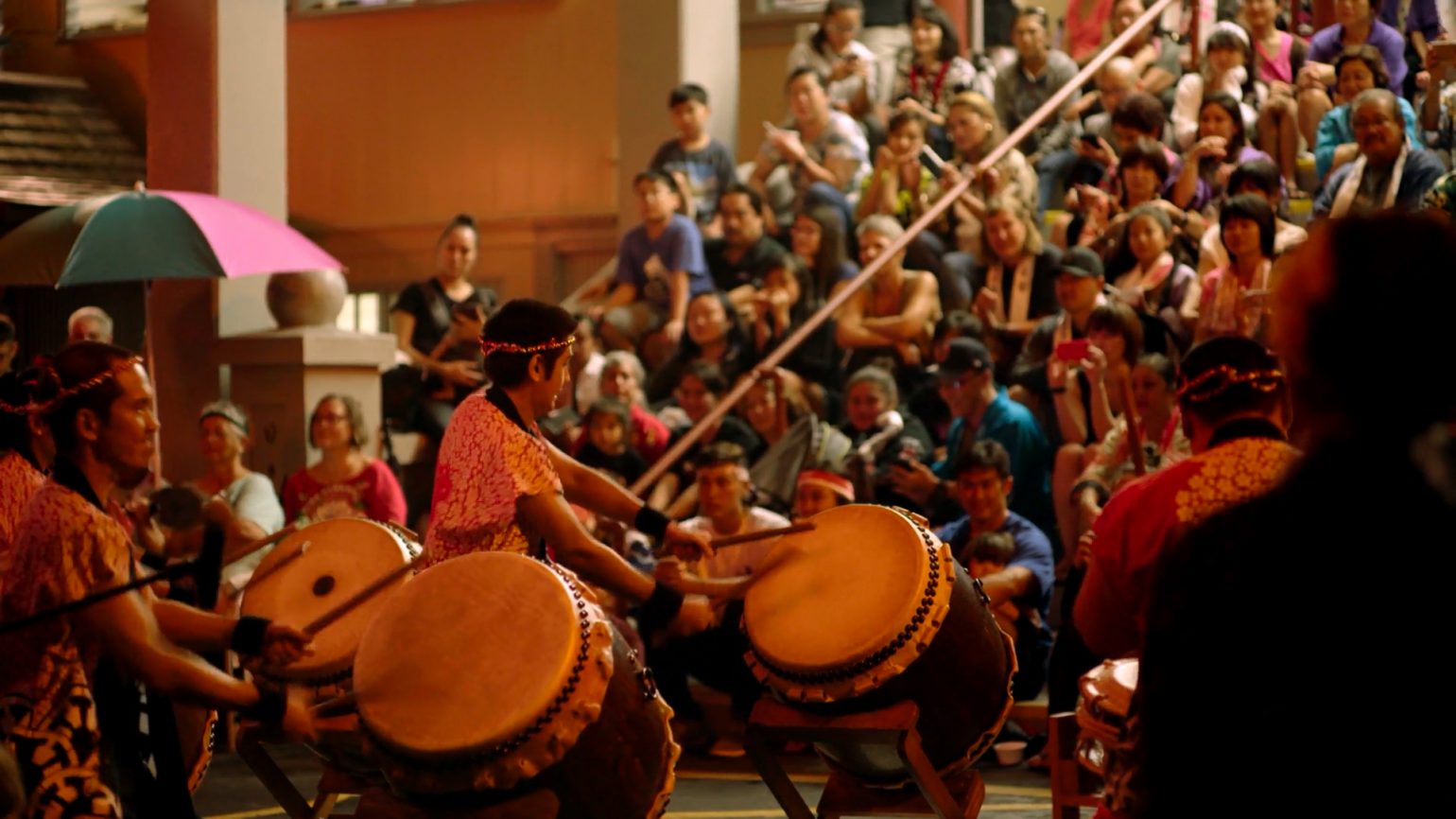 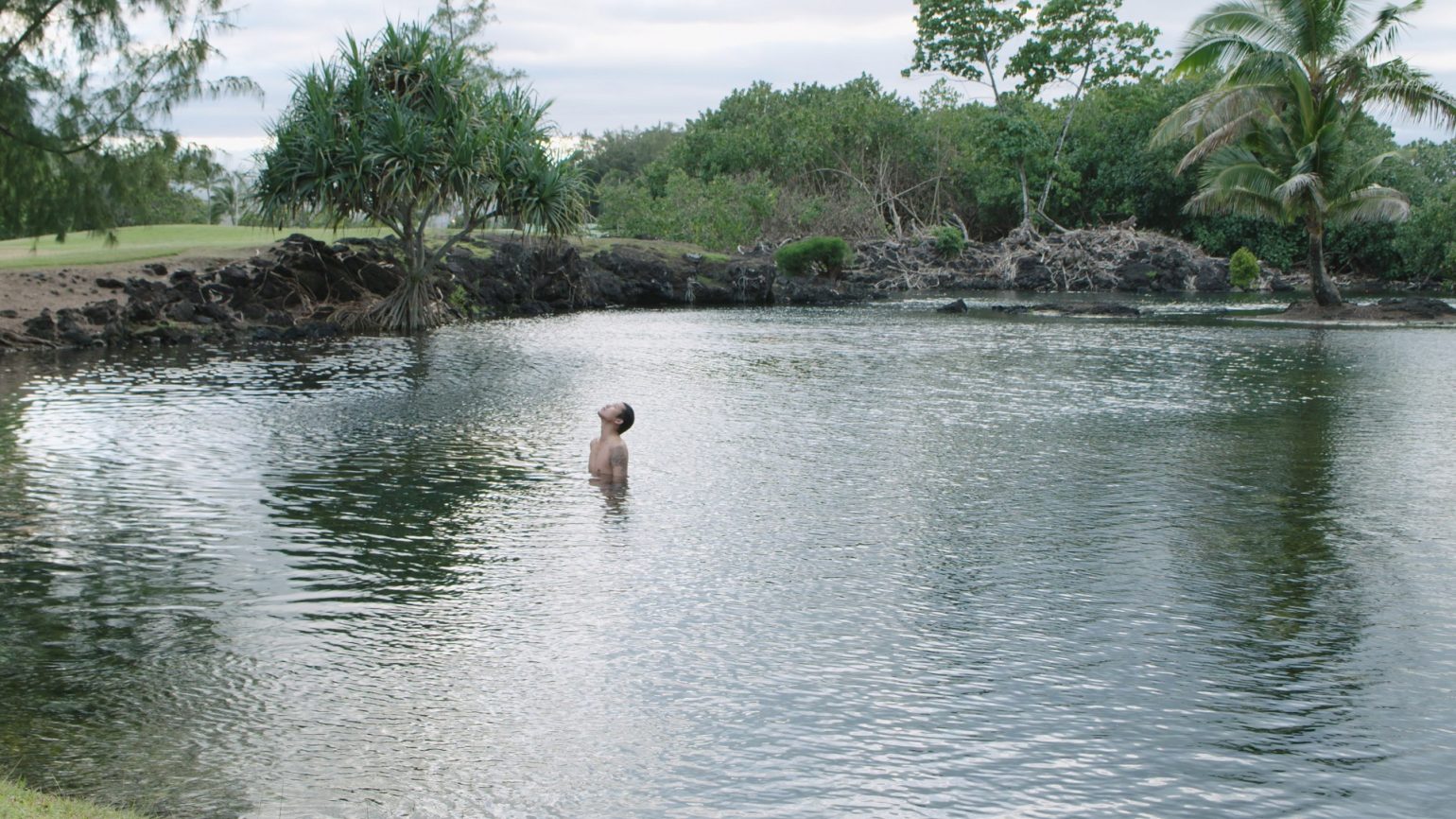 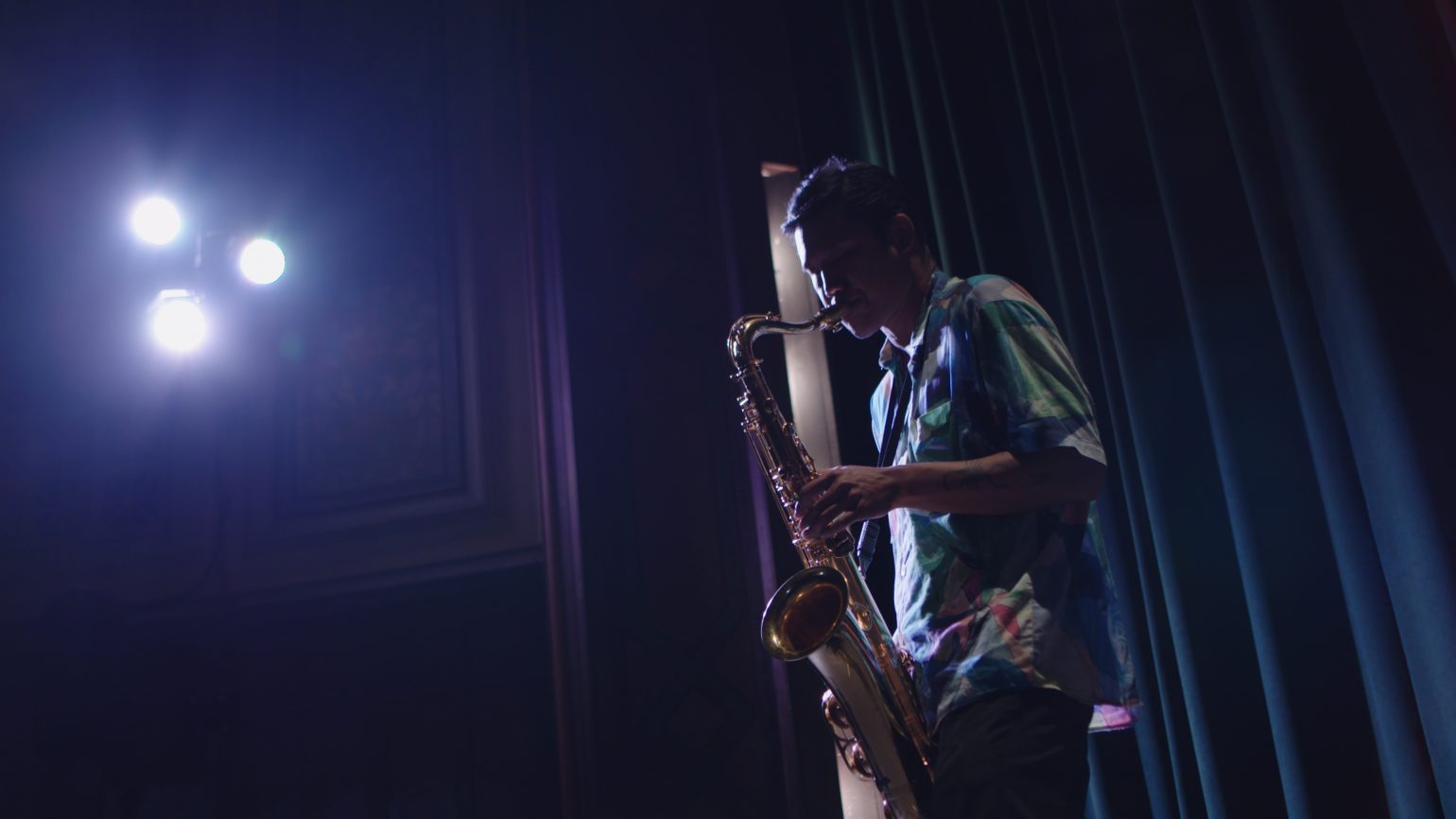 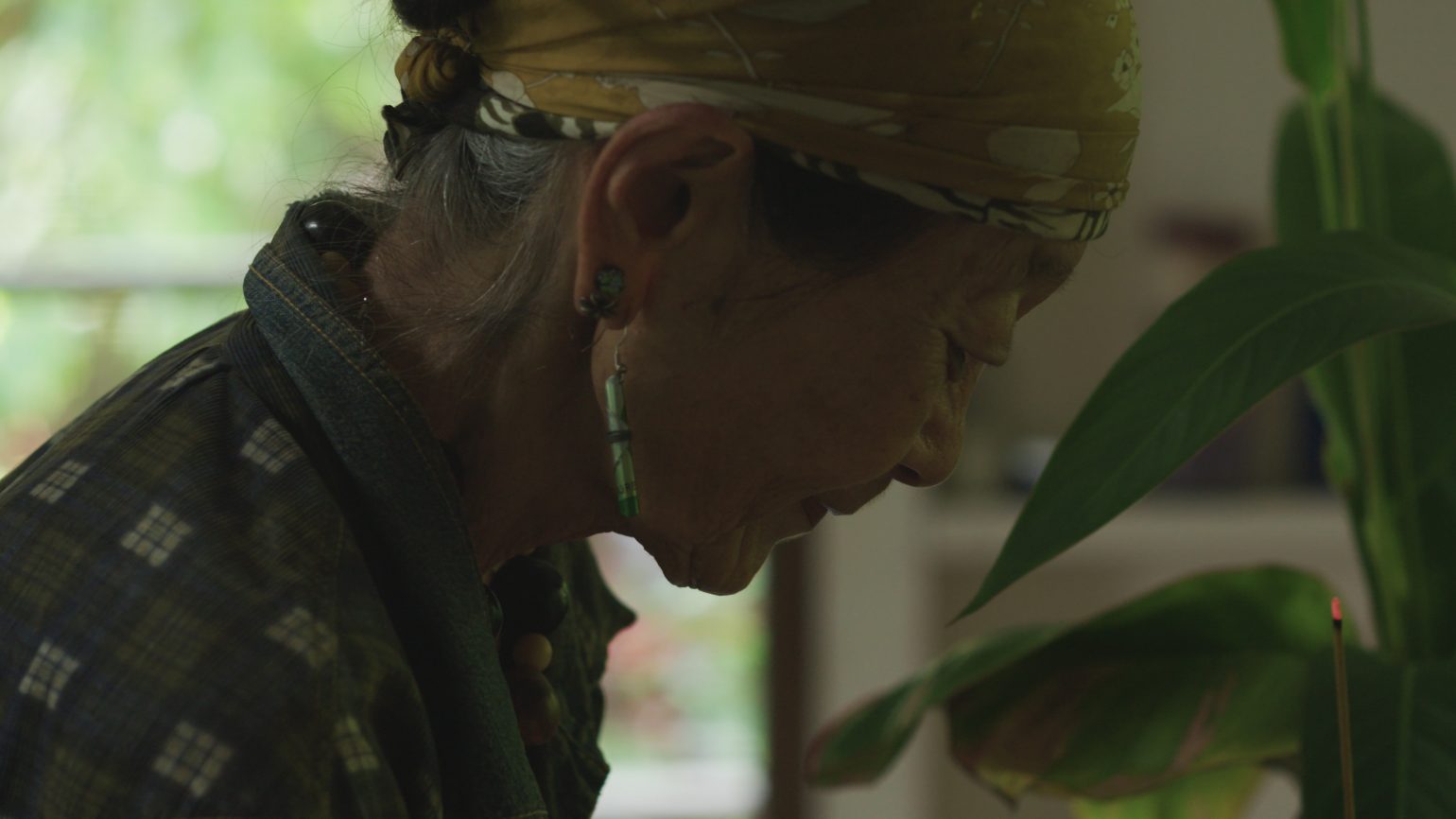 Cosmopolitan musician Alex Zhang Hungtai (of Dirty Beaches) returns to Hawai‘i after many years away. While searching for his missing grandmother, he forms a bond with local elder Akiko, who teaches him to connect with the spirit of home he carries within him.

Interweaving reality and fiction with characters performing a version of themselves, Hawaii-bred director/writer Christopher Yogi invites us along on Alex’s spiritual odyssey towards achieving self-realization and finding inner peace. Exuding the moody cool of a traditional bluesman with the subdued flair of an indie rocker, this city slicker lands in a rural small town on the Big Island on a mission to unearth the fate of his grandparents’ final days and inquire into long-lost extended family. Itinerant in his lifestyle and distant from his roots in his rootlessness, Alex discovers the meaning of home through the wise counsel and friendship of worldly-wise Akiko, who runs a Buddhist bed and breakfast he boards at in his sabbatical from the road. Under her gentle influence, he learns the virtues of slowing down and smelling the flowers.

Placing us intimately in the majestic and lush landscape of paradise with compositions that channel both Antonioni and Apichatpong, Yogi situates and captures this global nomad retracing his origins and discovering untraveled pathways. Returning to one’s home to honor the ancestors, often a perfunctory act, takes on tremendous significance as the living discover how the dead is very much present and always guiding us into the light.

The power of place activates memories of both past and present—whether performing in the local theater, swimming in the lagoon, or working the land in the rural small town. Using minimalist dialogue and amplifying the sounds of nature orchestrated in concert with Alex’s jazz compositions, Yogi ushers us into the primordial presence of earthly delights where there is music in silence and movement in stillness. —Lindy Leong

Co-presented by our Community Partner: Okinawa Association of America

Christopher Makoto Yogi is from Honolulu, Hawaii. His feature film debut, AUGUST AT AKIKO’S, had its world premiere at the International Film Festival of Rotterdam. His previous films include OCCASIONALLY, I SAW GLIMPSES OF HAWAI’I, MAKOTO: OR, HONESTY, and OBAKE (GHOSTS). He is a Sundance Screenwriters and Directors Lab fellow, a Time Warner and IFP fellow, and a Jerome Foundation artist grant recipient.