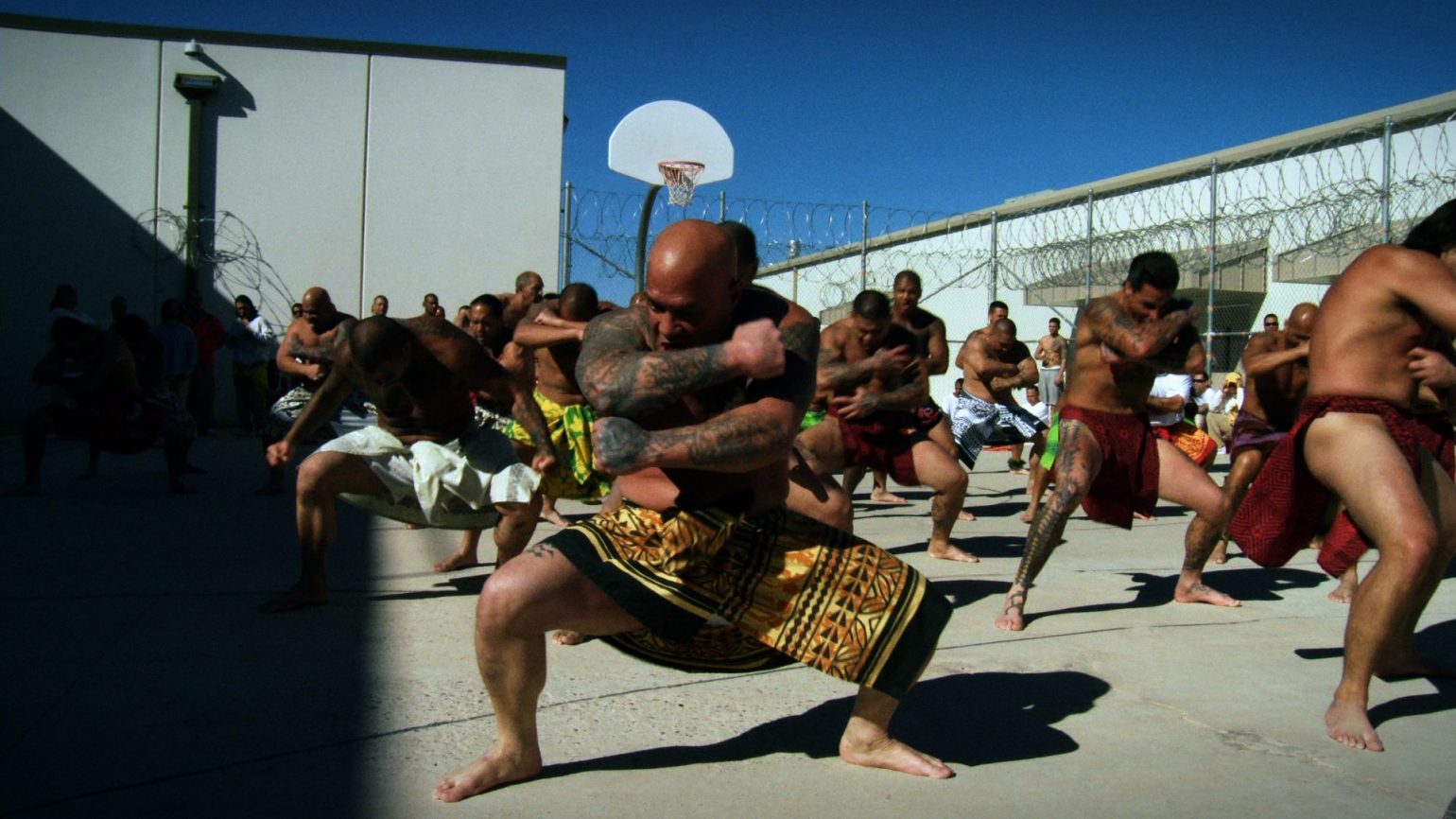 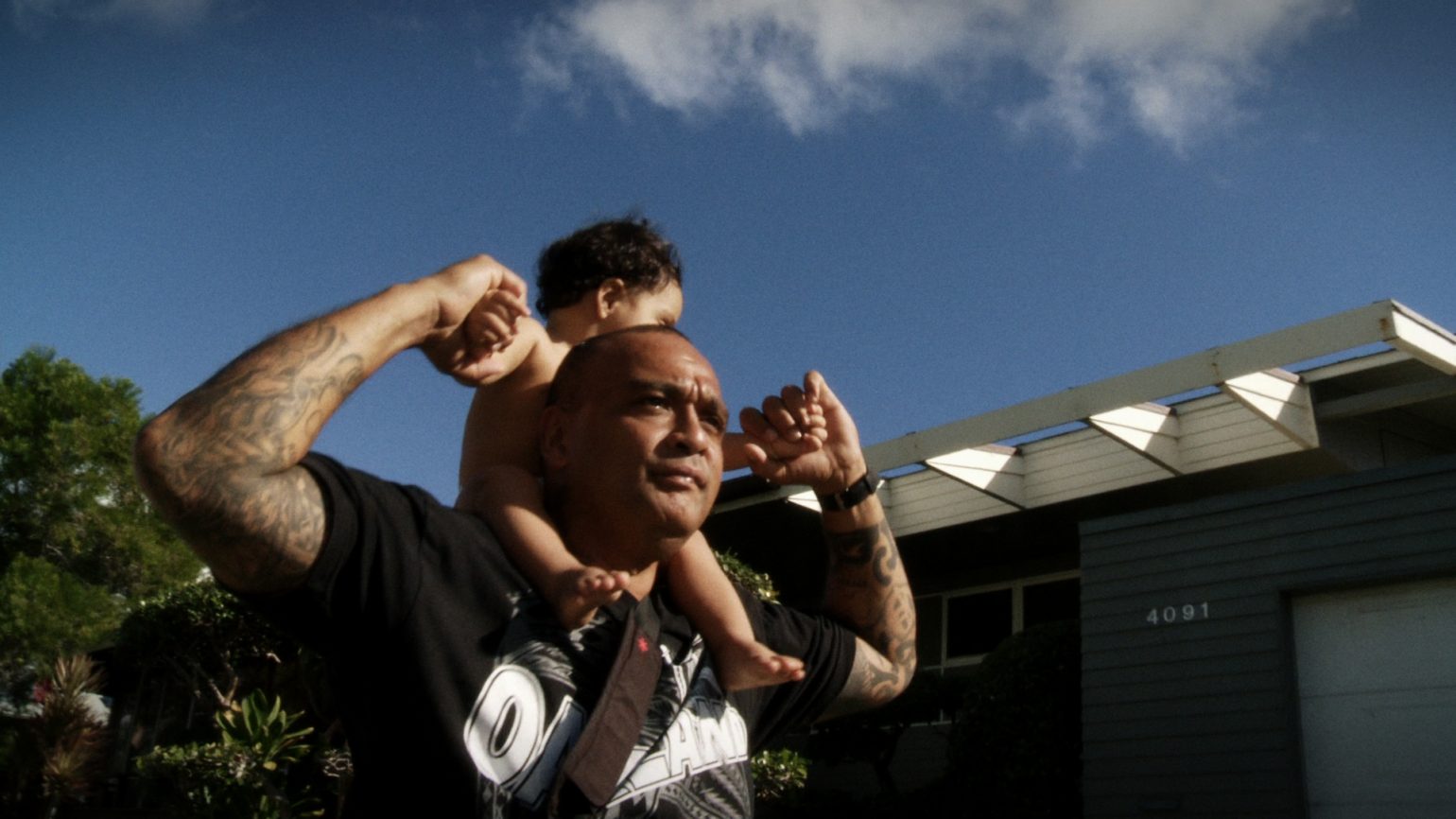 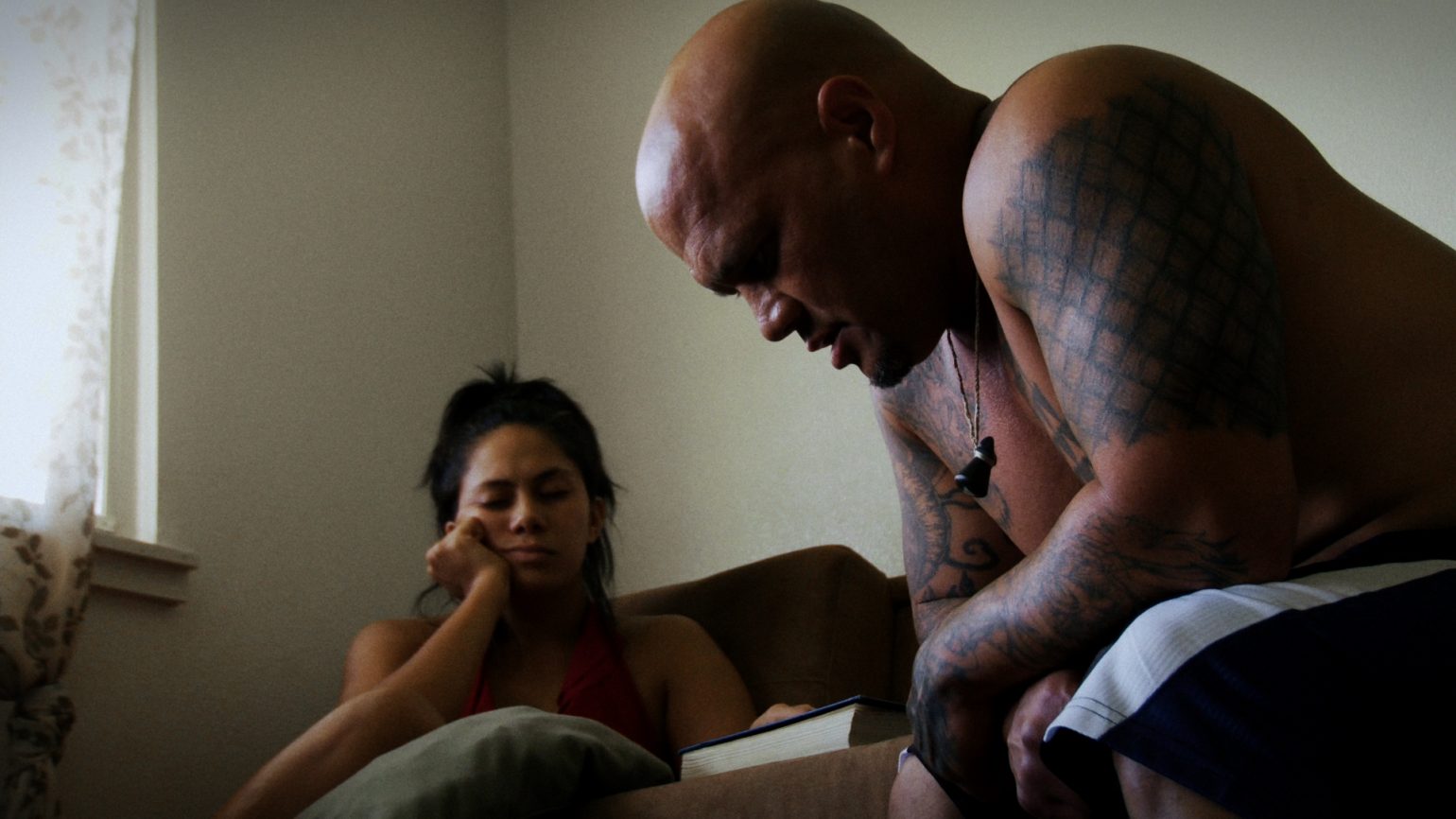 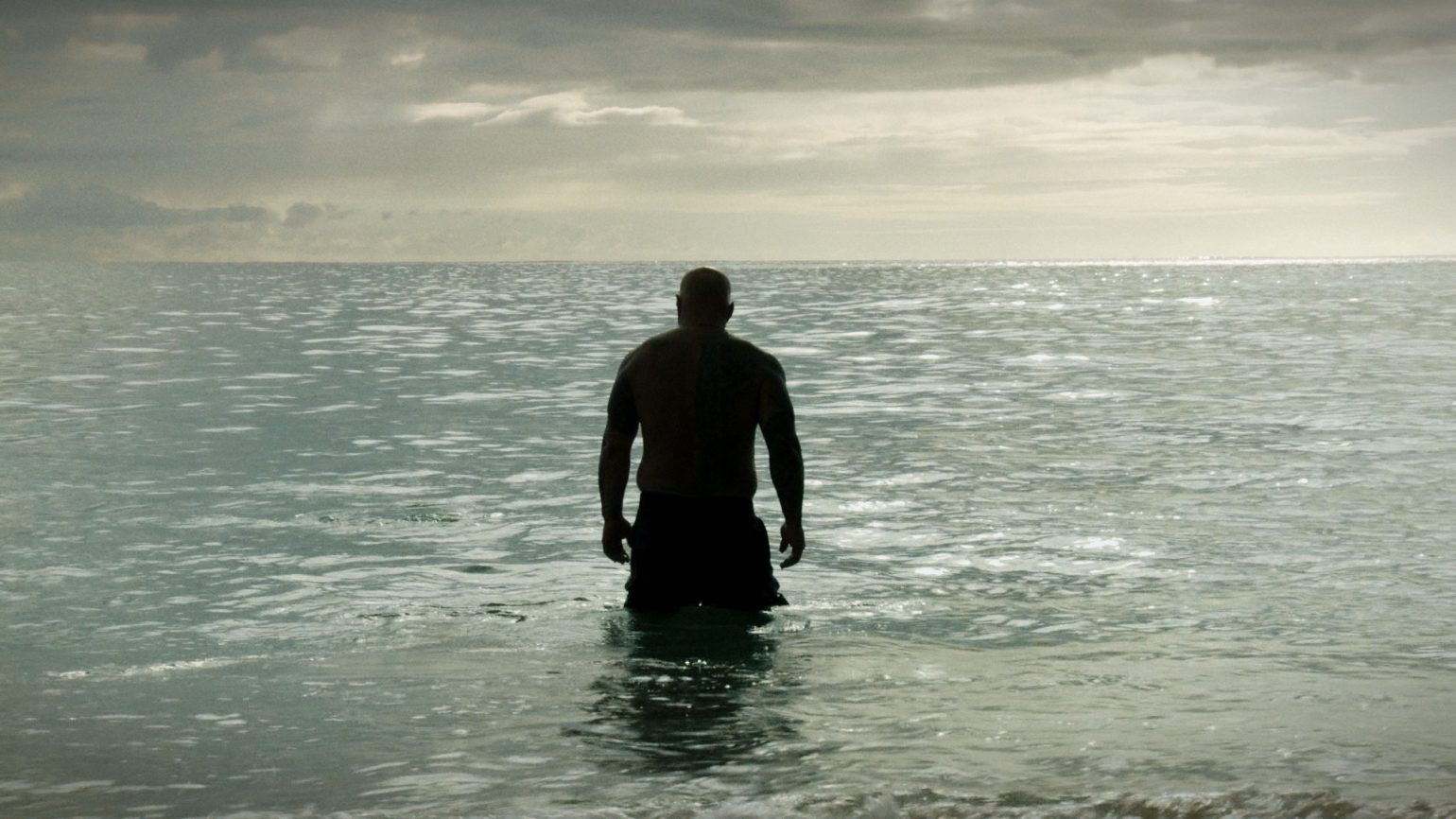 Shipped thousands of miles away from the islands of Hawaii to a private prison in Arizona, two native Hawaiians discover their indigenous traditions from a fellow inmate serving a life sentence. Upon release, they struggle with life as formerly incarcerated men, asking the question: can you go home again?

In 2017, the US had a recidivism rate of 49.3% according to the US Sentencing Commission. This staggering number underscores how we should be driving policy regarding formerly incarcerated people. OUT OF STATE, director Ciara Lacy’s deeply effective documentary, chronicles two inmates, David and Hale, as they navigate their return to Hawaii after being in an Arizona private prison. Showing them as human beings, not just prisoners, the film garners empathy from its audience as David and Hale work to reunite with friends and family.

Both Hawaiian natives, it wasn’t until prison in Arizona that David and Hale learned their indigenous traditions from a fellow inmate. This spiritual awakening guides both men on their journeys back home. For David, this impacts him both personally and professionally. While Hale finds compassion and help through the love of his girlfriend, David’s calling comes through teaching others these indigenous traditions. As David’s hours are cut at his new job, just paying the rent, let alone any debts that are owed, becomes a daily struggle.

OUT OF STATE spotlights an often-overlooked problem in our society, how our morals betray us when it comes to our actions towards incarcerated people, and especially people of color. It is so important that they receive the same opportunities – access to adequate health care, including therapy and mental health resources, a well-paying job, and higher education. The fact that we deny them of these basic human rights is a failure to fully recognize their needs. As the private, for-profit prison system requires prisoners to make money, recidivism is in their best interest. It’s why real policy and broad systemic change remain elusive. However, as stories like David and Hale’s continue to be told, public opinion will start to swing in the right direction, hopefully making access easier to things we all take for granted. —Jeremy Gaudette

Co-presented with our Community Partners: Empowering Pacific Islander Communities (EPIC),  Project ALOFA (Another Loving Opportunity For All),  and TeAda Productions

Ciara Lacy is a native Hawaiian filmmaker whose interest lies in crafting films that use strong characters and investigative journalism to challenge the creative and political status quo. Her work has shown in theaters and has aired on PBS, ABC, TLC, Discovery, Bravo and A&E. She has benefited from fellowships with Firelight Media, Sundance, Tribeca, the Princess Grace Foundation, and IFP. Ciara holds a BA from Yale University and graduated from the Kamehameha Schools.