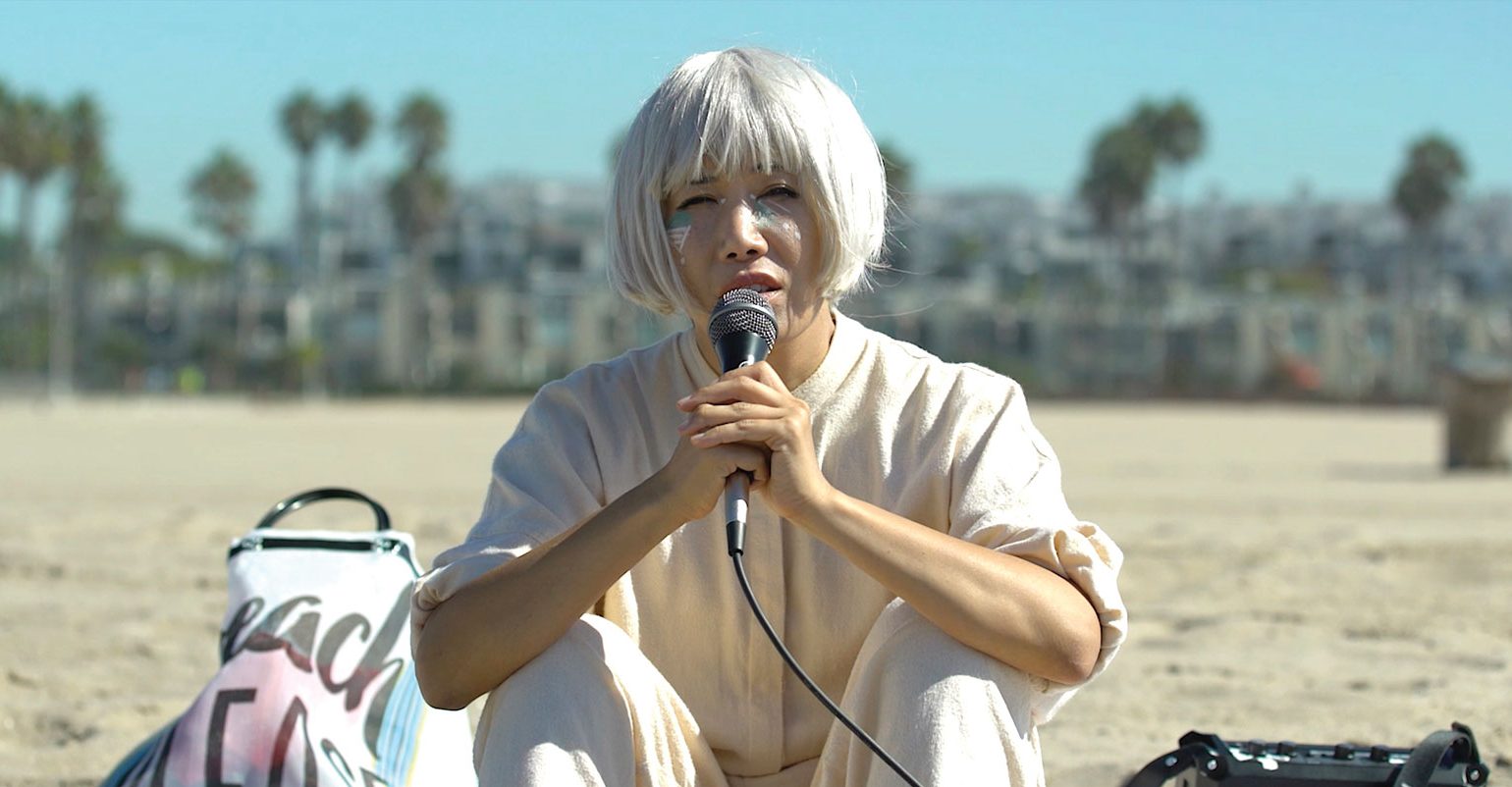 Vivian Bang gives a delightful, refreshing performance in this whimsical Sundance hit as Sophia, a Korean American queer performance artist living in L.A. Struggling with the meaning of art and her recent break-up, she meets a free-spirited Ghanaian American photographer and develops strong feelings for her. But are the feelings reciprocated?

WHITE RABBIT depicts Sophia at a crossroads. She spends her days in an all-white jumpsuit and matching bob wig, delivering impassioned monologues about the unfair portrayal of Korean immigrants during the 1992 riots to bemused pedestrians in malls, parks, and supermarkets. During evenings, she makes absurdist YouTube videos featuring her face buried in unusual facial products, like Cheetos or powdered sugar. And to make ends meet, she does TaskRabbit gigs while fending off microaggressions. Just as she’s hitting an emotional and professional wall, Sophia meets Nana, who gives her life a much-needed spark.

A hit at the Sundance Film Festival, WHITE RABBIT is a showcase for the talented Bang (SULLIVAN & SON). Her gift for cringe-comedy delivers out-loud laughs, and her acting chops are on full display in emotionally fraught confrontations with her ex and then with Nana. But at the heart of WHITE RABBIT are Bang’s re-enactments of her own performance piece “Can You Hear Me? / LA 92,” a deeply personal, politically charged work about Korean-American identity in Los Angeles that deserves wider attention. —Ryan Wu

Daryl Wein founded Mister Lister Films with his wife and frequent collaborator, Zoe Lister-Jones. His debut film, BREAKING UPWARDS (IFC Films), premiered in competition at SXSW. He co-wrote/directed LOLA VERSUS (Fox Searchlight), starring Greta Gerwig, and was the executive producer of BAND AID (IFC Films). His upcoming film, BLUEPRINT (Deauville) will be released by The Orchard. In TV, Wein directed for the Golden Globe–winning show, “Mozart in the Jungle.”