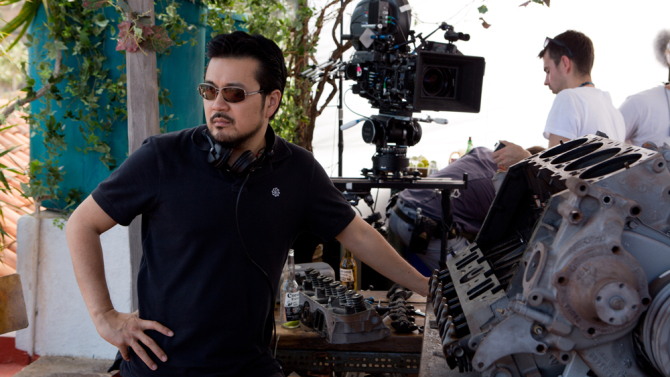 by Tim Gray from Variety

The Los Angeles Asian Pacific Film Festival, running April 27 to May 4, will screen a record 184 films from 31 countries.

The 33rd annual event also has an innovation this year as an Oscar-qualifying festival for shorts; there are hundreds of festivals every year, but the Academy of Motion Picture Arts and Sciences only recognizes a handful of them as a criterion for making a film Academy Awards-eligible.

The L.A. Asian Pacific Film Festival will open with a screening of Justin Lin’s cut of his “Better Luck Tomorrow.” The full version screened at Sundance in 2002, but distributor MTV Films/Paramount Classics asked Lin to trim the film. (Also at a Sundance Q&A, an audience member made disparaging remarks, which led critic Roger Ebert to famously standing on a chair to defend the film and the director.)

The festival’s centerpiece is the solo directorial debut from actor Justin Chon, “Gook,” which takes place on the day of the Rodney King verdict and the 1992 Los Angeles riots. The film was this year’s Sundance audience award winner.

LAAPFF will commemorate the 25th anniversary of the L.A. uprising with a weekend of films, discussions, and art presentations, culminating with the screening of “Gook.”

The fest closes with “Columbus,” the feature directorial debut of the single-named Kogonada. The filmmaker was born in Seoul, South Korea, raised in the Midwest, and now resides in Nashville. The film stars John Cho, a rare example of a movie with an Asian American male lead.

Amid the ongoing talks of Hollywood’s lack of diversity and inclusion, the hashtag #StarringJohnCho has popped up when discussing the lack of Asian American leads and the whitewashing of Asians in Hollywood. The festival is addressing this by screening three films starring Cho, including “Better Luck Tomorrow”; a 20th anniversary showing of “Yellow,” directed by Chris Chan Lee; and the closer “Columbus.” Cho will be presented with the festival’s career achievement award.

LAAPFF, which kicks off Asian Pacific American Heritage Month, will screen 45 features and 139 shorts. For the seventh year, the fest lineup will include C3: Conference for Creative Content — a series of panel discussions, many of them done in association with Hollywood guilds.

The eight-day festival will take place at various Southern California venues, including sites in Hollywood, the downtown arts district, Koreatown, Little Tokyo, and Westwood. The day after the fest closer, May 5, Buena Park will host encore-presentation screenings of many films.