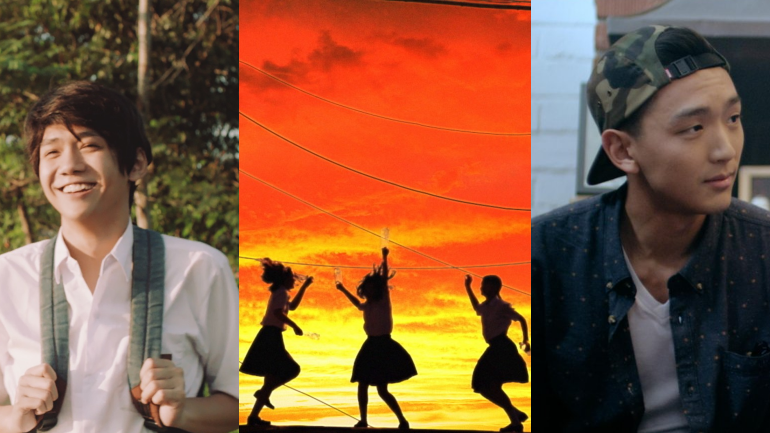 We are excited to present the winners of our Shorts Programs along with winner of HBO’s APA Visionaries Short Film Competition in our Encore week.

Our Shorts Programs – some of which showcase our prestigious Shorts Competition nominees – range over a wide scope of stories and expressions. From stories of distinctly local flavors to tales from faraway worlds, our selection of shorts offer a variety of urban, rural, and alternative perspectives.

In a unique filmmaker support initiative between Visual Communications and HBO, we present the winning entries from the APA Visionaries Short Film Competition, in which Asian Pacific American artists bring to light their worlds, their visions, and their voices.

In a time of great expectation and pressure stemming from the traditions of his upbringing, Aris—a gay Muslim teenager living in rural Indonesia—finds himself increasingly drawn to his well-traveled English teacher despite his upcoming marital ceremony to a woman he harbors no romantic feelings for. With his whole life planned out for him by his parents, Aris struggles with the conflicting notions of tradition, duty, and his own personal idea of happiness.

The recipient of the Golden Reel Award for Narrative Short Film will be eligible for consideration in the Animated Short Film/Live-Action Short Film category of the Academy Awards®.

One summer day, 400 goldfish were found in the swimming pool of a secondary school. This is a story about four 15-year old girls who released the fish there. The story is situated in Sayama City in Saitama Prefecture. A conservative town without much entertainment, on that summer day, the town was hosting a summer festival. What happens to the girls in the 48 hours between the night before the incident and the next morning? Why did they release goldfish into the swimming pool? This 25-minute short story follows their emotions and motives closely.

Kwan is a small-time hustler who provides contraband to whoever needs it. He bounces from neighborhood to neighborhood, each encounter tinged with racial undertones. On this particular day, his illicit activity brings him to a halt.