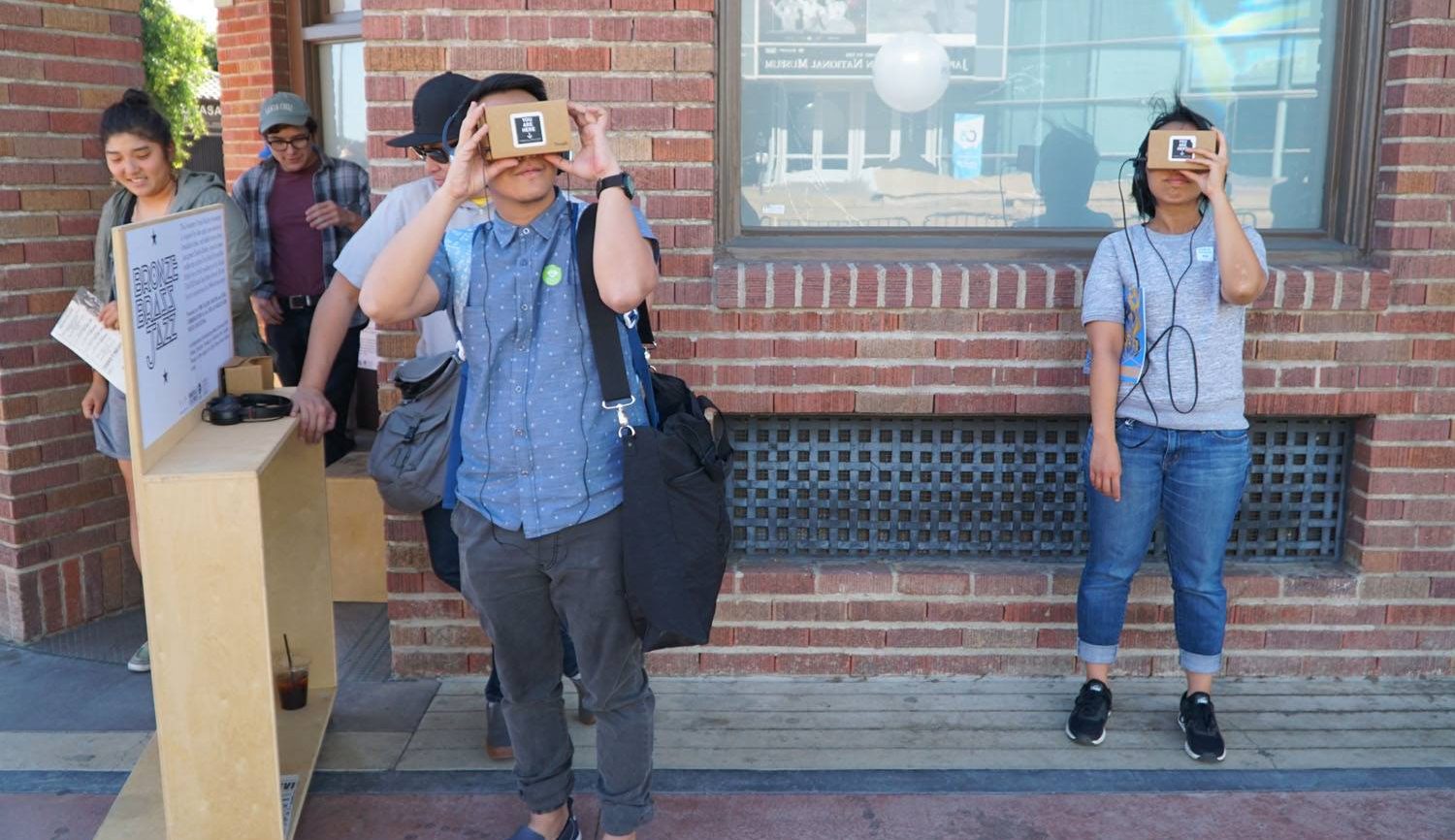 Immerse yourself in the story! Technology and storytelling intersect in these virtual reality experiences that put you at the center of the narrative. Expand your worldview with boundary-pushing works that celebrate AAPI experiences, not as a passive viewer, but as an active participant.

BEHIND THE FENCE
Lindsay Branham & Jonathan Olinger / 2016 / Documentary / 9 mins
A look inside the small camp that imprisons the Rohingya Muslim minority in Myanmar and the extremist Buddhists who propagate virulent anti-Muslim sentiment across the country.

THE CREW
Johan T. Anderson / 2017 / Narrative / 8 mins
A Filipino cruise ship cleaner finally gets the chance to sing in the crew talent show — but a storm threatens to end his dream.

FOR MY SON
Chris Temple & Zach Ingrasci / 2016 / Documentary / 6 mins
From seeing the bombed out buildings of Aleppo to the city streets of Jordan, experience the journey of a refugee striving to rebuild far from home.

MONGOLIA: ANCIENT ART OF EAGLE HUNTING
Cale Glendening & Cory Tran / 2016 / 2 mins
In the far far west of Mongolia, the ancient tradition of hunting with eagles continues to pass from generation to generation.

ONE EIGHTY
Eren Aksu / 2018 / Documentary / 11 mins
The story of a woman wrongfully imprisoned in India and the son who relentlessly quests to save his mother for a crime she didn’t commit.

SAFE SCHOOLS: NEPAL
Christian Stephen & Dylan Roberts / 2017 / Documentary / 8 mins
A look at the conditions of the education system and the challenges faced by children in Nepal one year after the 2015 earthquakes.