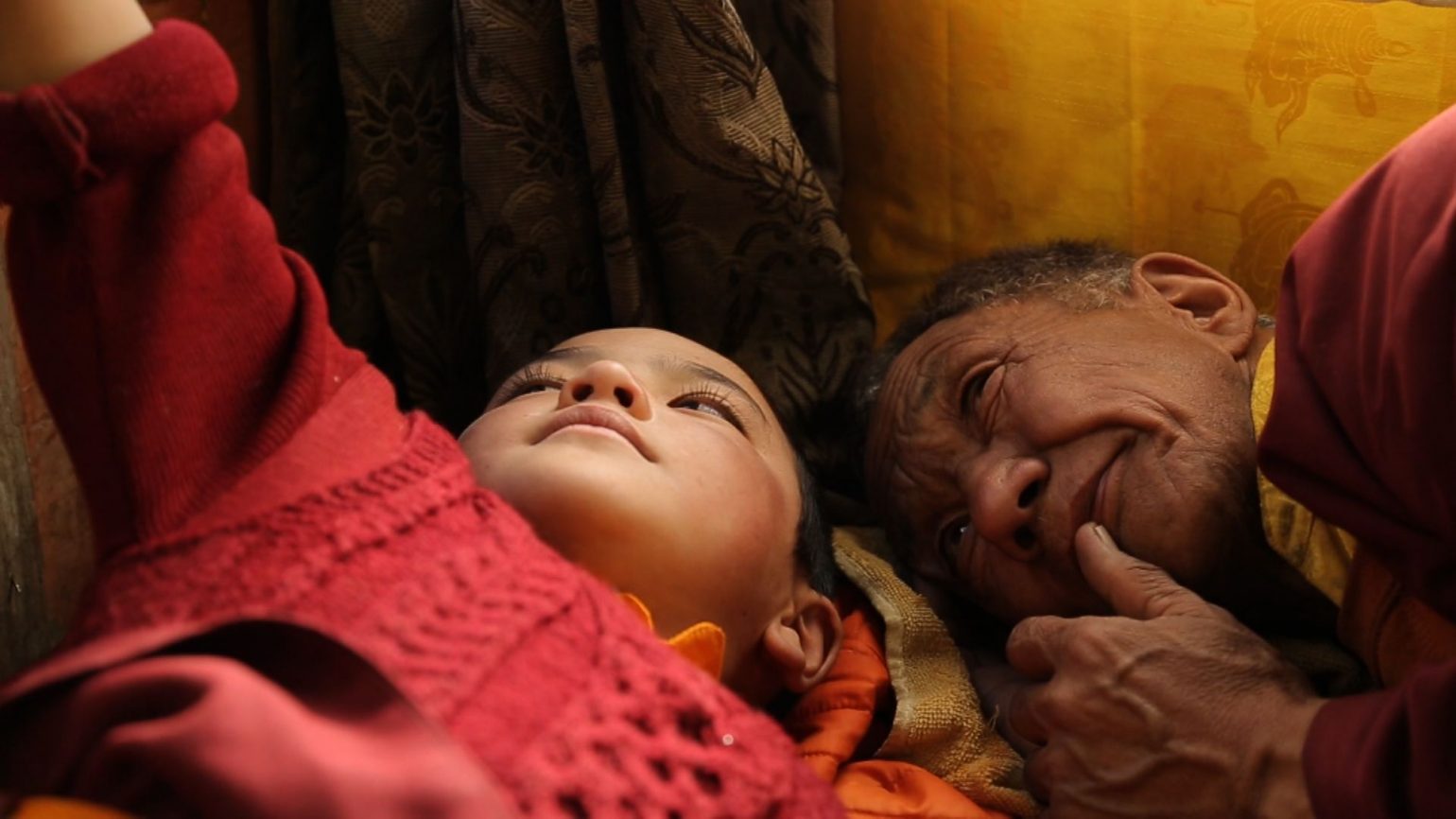 After a boy discovers that he is the reincarnation of a centuries-old, esteemed, high-ranking Tibetan monk, his godfather takes him on an epic journey across India to discover his past in a story of profound faith and unconditional love. A poignant and charming portrait, this crowd-pleaser won the Grand Prix at Berlin.

Padma Angdu worries about his small stature, his less-than-stellar skills in sports, and being called a “scaredy cat” by his close friends. As a Rinpoche, the reincarnate of a great spiritual leader, he also carries the sacred burden of living up to his extraordinary birthright. When we meet him at nine-years-old, living in rural Ladakh, India with his humble parents and elder sister, we see an ordinary, carefree and somewhat mischievous kid. Behind this everyday façade, he describes and speaks preternaturally about his past, another lifetime in Kham, Tibet, where he oversaw his own monastery and worked alongside his many disciples.

Always by his side, his teacher (lama), wizened, traditional doctor Urgain Rigzin lovingly dotes upon this golden child, who he views as both his karmic duty and family. Taken to the local monastery at birth and anointed by his community elders with great fanfare, Angdu’s sheltered existence in a close-knit community soon takes a dramatic turn when having reached an age limit where he should have already been reclaimed by his disciples, he is cast out and forced to seek his destiny on his own.

Shot over a period of eight years, directors Moon Chang-Yong and Jeon Jin employ striking drone camerawork of breathtaking vistas between India and Tibet and intimate scenes of this young boy and his teacher together on their spiritual journey, both of mind and body. Their far-flung travels, by foot no less, in search of his origins will delight even the most cynical hearts and minds among us. —Lindy Leong

A South Korean director and cinematographer, he has been working in documentary since 1998. He has won numerous awards for his television documentaries, including the Prize for Excellence from the Korean Broadcasting System.