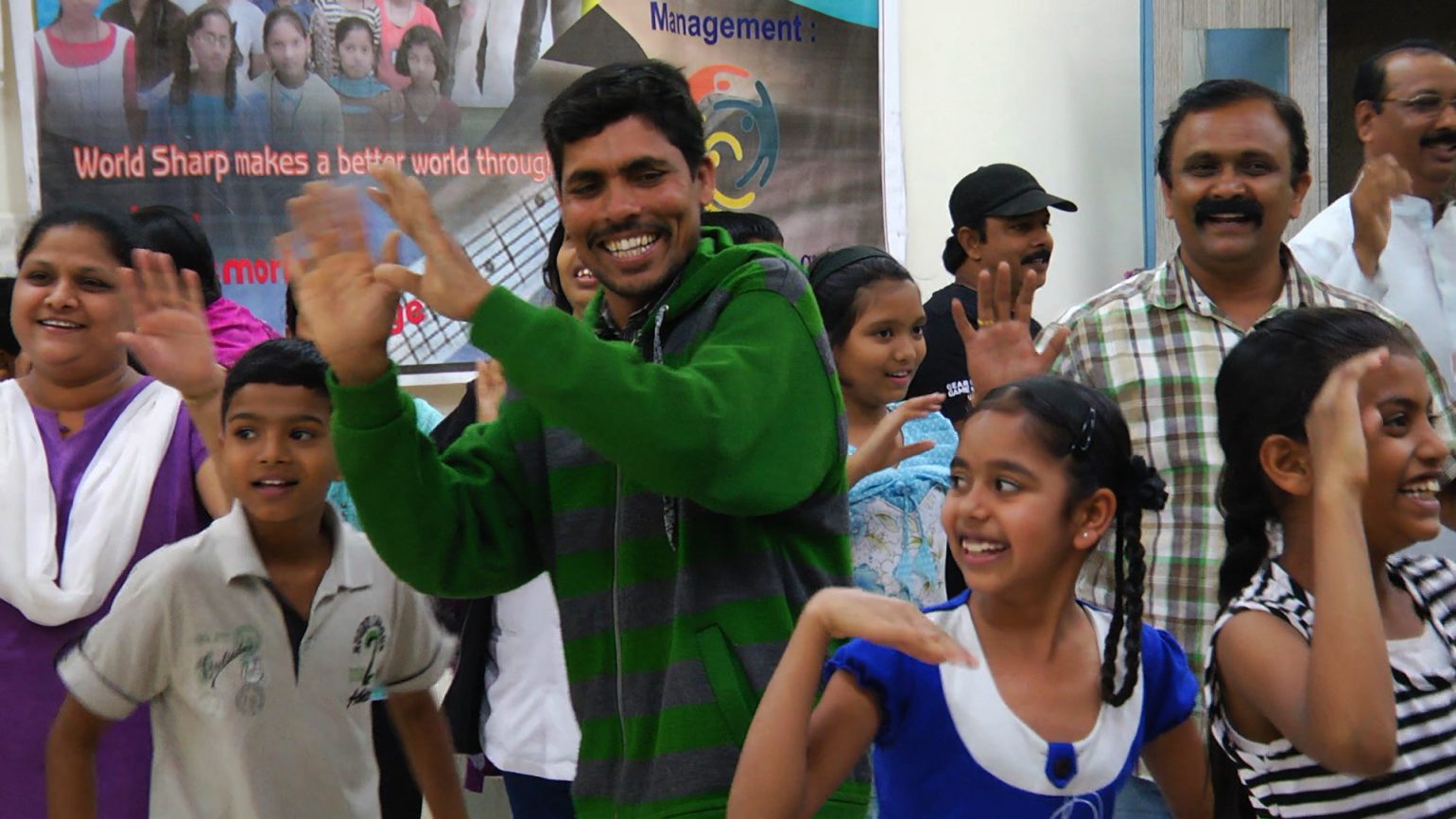 Five years ago, a Korean opera singer, a.k.a. Angry Bird, started a children’s choir in India. Frustrated by the lack of support from the parents, he decides to train the parents to sing for a joint concert. While it may be the toughest challenge of his life, the experience has a profound effect on the adults as well as the kids in this uplifting, feel-good doc.

SINGING WITH ANGRY BIRD centers on Angry Bird’s quest to put on a parent/child choir performance. While he barks instructions in Italian-accented English at the schoolchildren, the film shifts focus to several of those kids’ families as they struggle with poverty and hardship while participating in the choir. While covered in flies, one family fishmongers in the scorching hot Indian summer. Another grueling scene involves a young girl in a choir family who gives birth to a seriously ill baby, and the family has to weigh sacrificing everything they own to treat her.

But SINGING WITH ANGRY BIRD takes these challenges and transforms it into an uplifting paean to the power of music. As the film fixes the camera on parents and children singing and weeping in unison, they seem to leave their problems behind, if just for that instant, and give in to the sublime. And when the choir reaches its crescendo, so do we, inspired by Angry Bird to liberate ourselves from our mundane concerns through the power of song. —Ryan Wu

Hyewon Jee has been working in Korean TV industry for over 20 years. She started her career at a prominent documentary production company in 1995 and later briefly worked as a commissioning editor for TV Chosun network. In 2008, she left the network and established an independent production company to focus on making stories that are dear to her heart. SINGING WITH ANGRY BIRD is her first feature-length documentary.