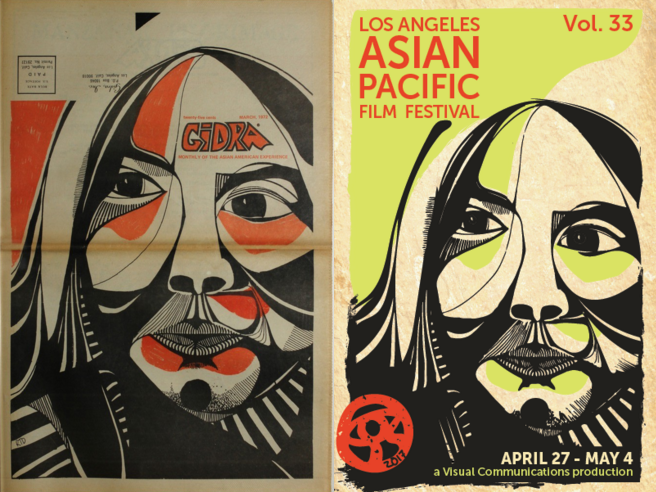 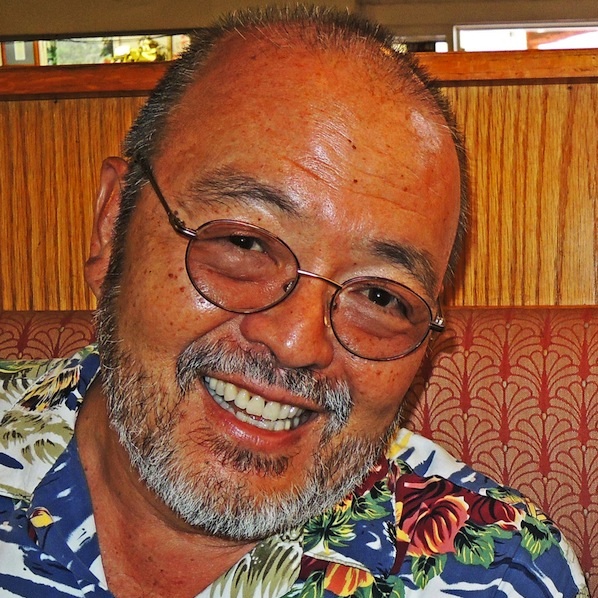 Richard Tokunaga (1951 – ) was introduced to Gidra by staff member Jeff Furumura, when he was 21 years old. “We were working in the student bookstore while I studied at UCLA, and he got me involved with doing a few newspaper covers. He knew that I was in art school and he liked my art.”  Tokunaga free hand drew a self-portrait right in the Gidra office, which became Gidra’s 1972  March cover issue.

“I think it was during the period that I was evaluating who I was,” Tokunaga explains. At the time, he enjoyed listening to soul music; specifically, James Brown, and became significantly interested in Picasso’s artwork in art school. Tokunaga wanted to combine the two art forms in his self-portrait. “It’s broken down with different angles and shading in the face, and the background is like soul music. It’s kind of a blending.”

The color of the shading inside the face of the self-portrait was inspired by the calligraphy in Tokunaga’s Japanese name. Since most signature stamps use a red-orange ink, the shading is a symbolic imprint of his signature on the original art piece, which makes it that much more unique to Tokunaga.

Born in Hilo, Hawaii, Tokunaga and his family moved to Los Angeles in 1954 when Disneyland opened. He graduated from UCLA in 1974 with a BFA. Tokunaga worked in freelance graphic work before becoming Lead Production Artist at Parker & Son Printing, and became the Art/Video/Facilities Artist with GM Hughes Electronics until 1993. He is currently developing a product line for internet sales from Hawaii Island. 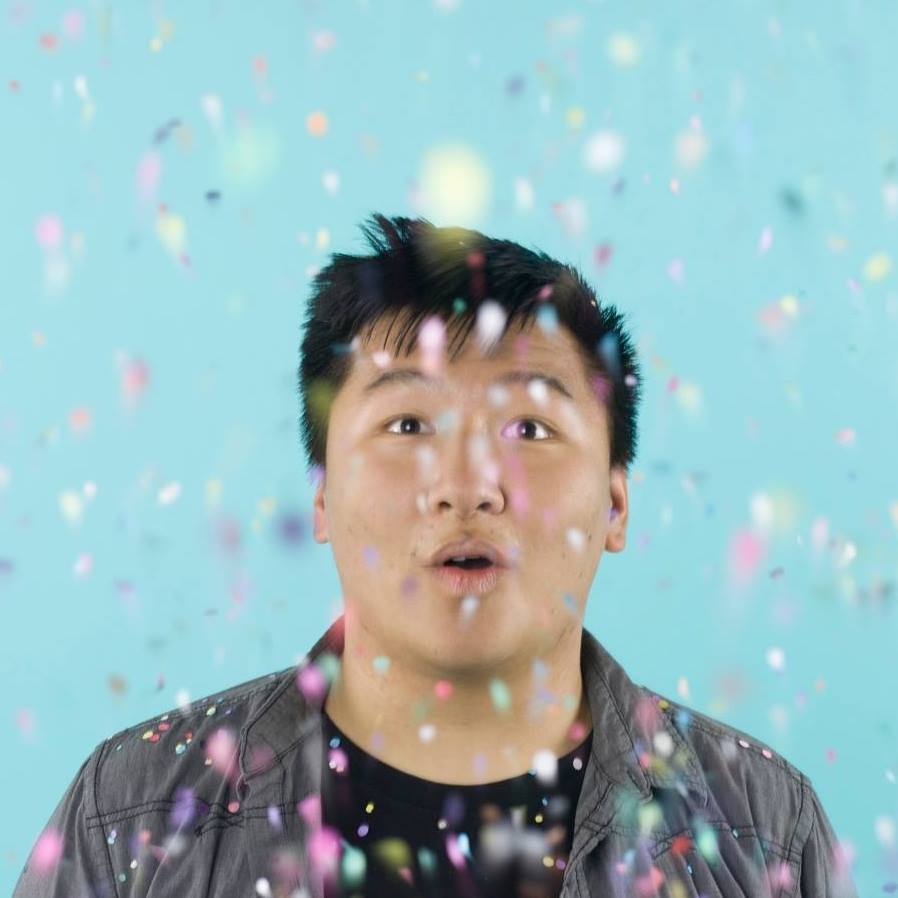 Jacky Tran (1993 – ) is the artist behind this year’s Los Angeles Asian Pacific Film Festival key art. “I immediately got the vibe that it was from Gidra – very activist – it was really enlightening and it literally gave a face to Gidra.” To design the Festival art using Tokunaga’s self-portrait, Tran had to scan the original newspaper image and digitize it in Photoshop. “It took more time to do digitally than by hand. It took me 5-6 hours to finish the image, when by hand it would taken 20 minutes.”

Tran discloses that although he is an art major, he has never actually taken a drawing class. “A lot of my art is re-creating, but messing it up a little. That’s essentially what I did with Richard’s self-portrait. I tweaked it a little as well as continuing the thought behind the artwork.”

A recent graduate of Pomona College, Tran works in the intersection of social engagement, print, and art. He recently published a fake lifestyle magazine inspired by Martha Stewart and Oprah called Transcendence, featuring a variety of articles and recipes that he writes himself. If you would like to learn more about Tran’s work, visit his website at jackytran.net.