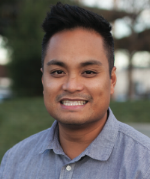 In the context of a shifting America, we proudly present you the 33rd edition of the LOS ANGELES ASIAN PACIFIC FILM FESTIVAL. Through No. 33, we hope to create spaces for connection and add to the dialogues of change. Opening Night is an intro/retrospective look at Justin Lin’s BETTER LUCK TOMORROW, a landmark for Asian American cinema in 2002. Closing Night is Kogonada’s COLUMBUS, featuring leading man John Cho. With these bookends, we ask ourselves, how far have we come? And how much further do we need to go?

Interposed is our Centerpiece film highlight Justin Chon’s GOOK, as we commemorate the L.A. Riots on its 25th anniversary. In reflection of what transpired in 1992, the film is part of a series that looks at the intersection of place, race, and class. As we remember Rodney King and Latasha Harlins, we again ask ourselves, how far have we come? And how much further do we need to go?

I can’t say this enough, but THANK YOU to our VC Members, donors, artists, partners, sponsors, friends, and families for continuing to believe in what we do and what we make happen. With a 2018 Federal Budget looking to eliminate funding for organizations that have historically supported Visual Communications (such as the Corporation of Public Broadcasting, Institute of Museums and Libraries, National Endowment for the Humanities, and the National Endowment for the Arts), our communities will immensely feel that impact in the foreseeable future. Though the funding to perform our jobs will be taken away, our self-determination to keep doing what we do will always stay.