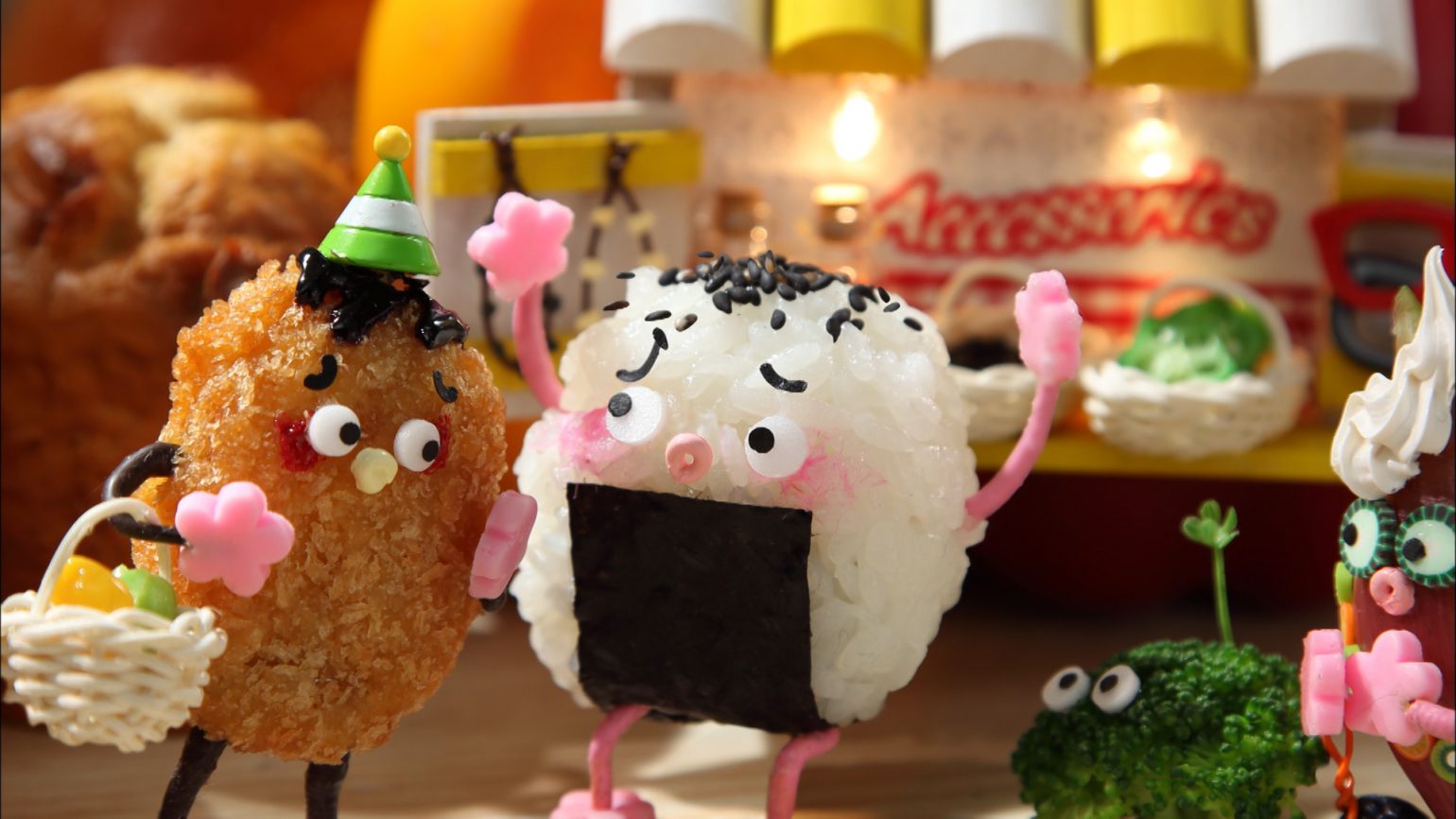 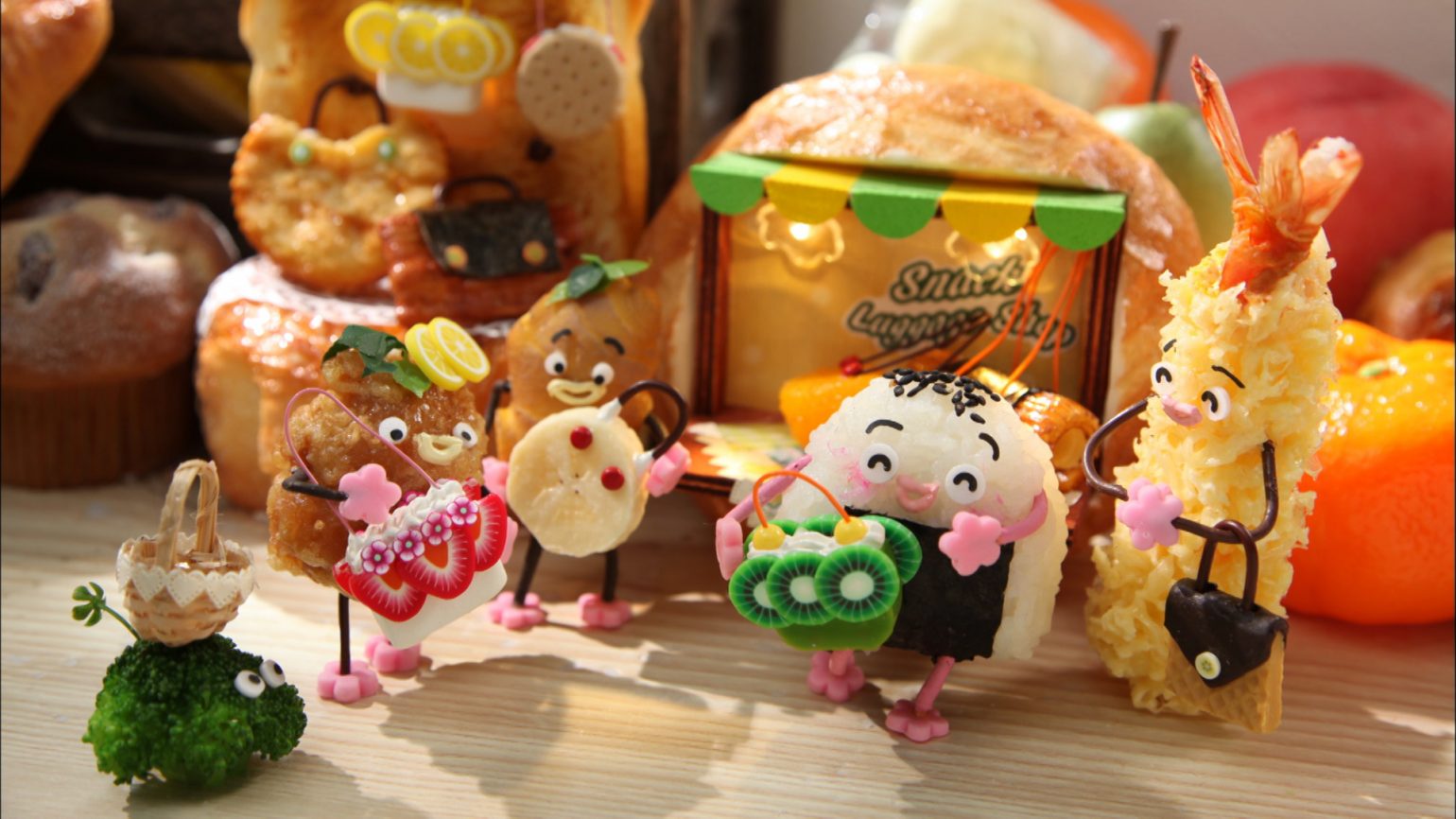 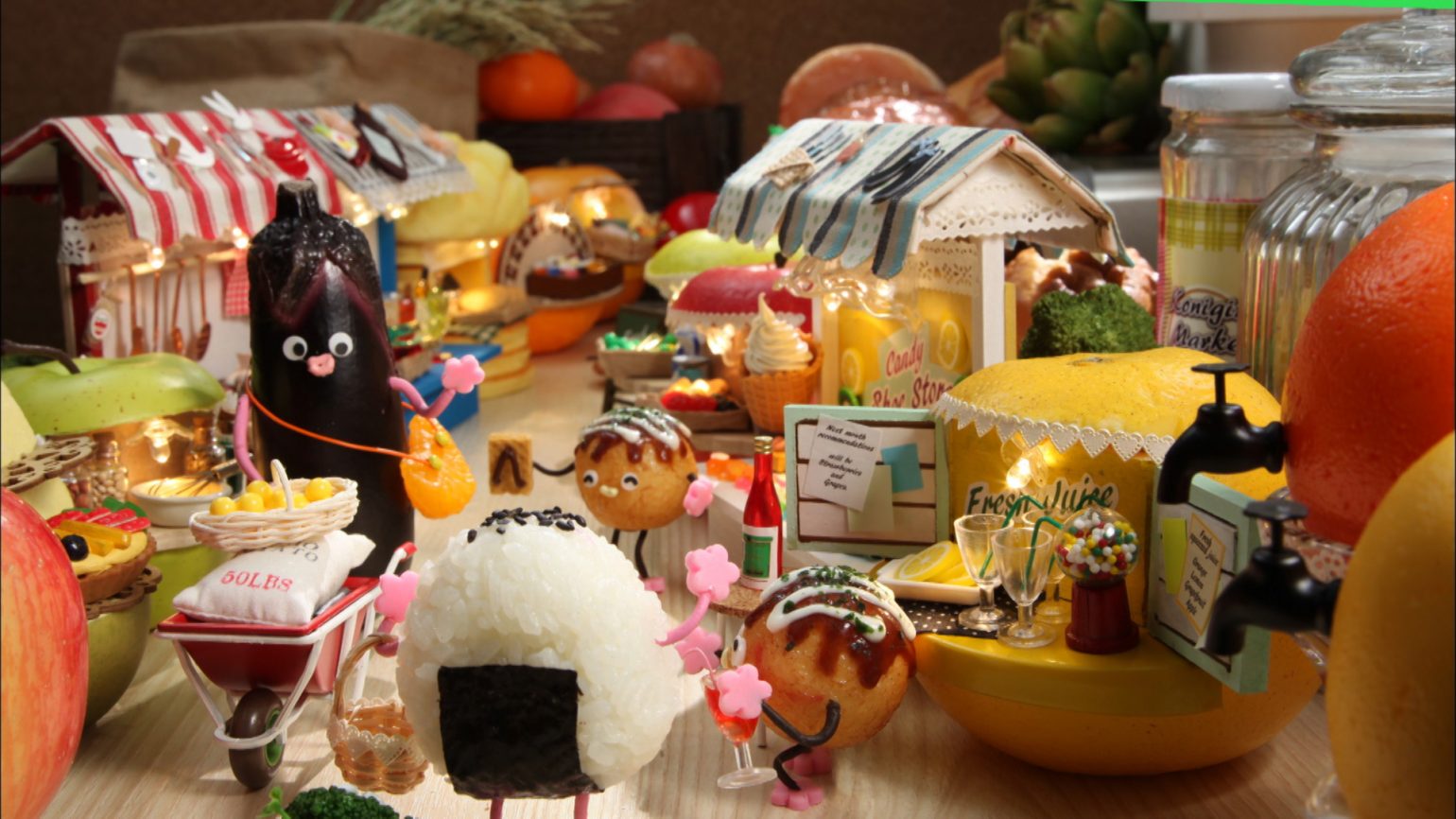 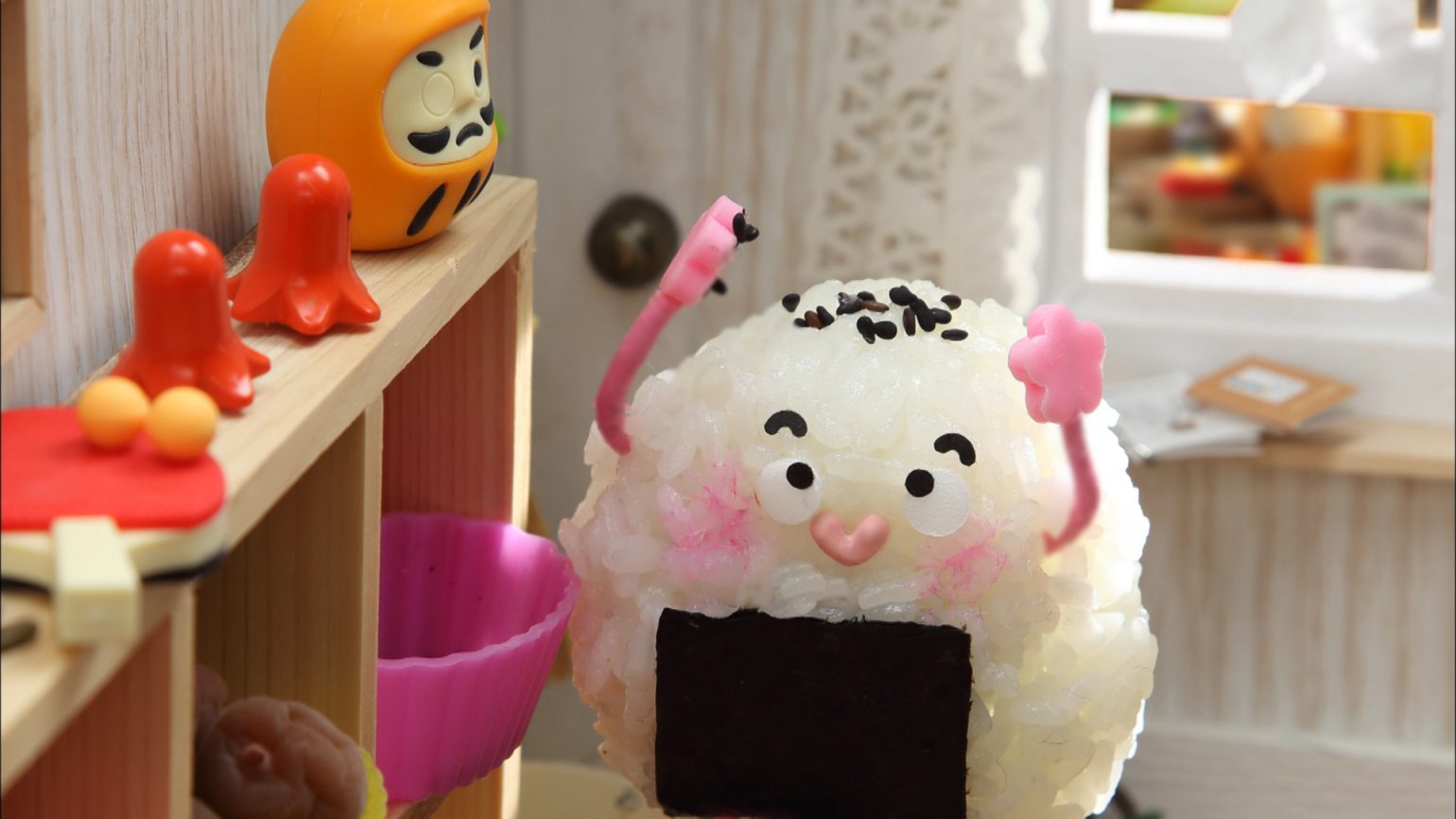 Konigiri-Kun is a small rice ball (Onigiri) who lives in a food case. His head’s sesame seed and black dried seaweed is his trademark. One morning, realizing that his sesame seed is about to disappear, he goes shopping with his pet, Brorog.

A graduate of Nihon University, College of Art, Department of Fine Arts (1983) and the Tokyo University of the Arts, Graduate School of Film and New Media (2014), Mari Miyazawa worked as graphic designer for computer games until 2000. Since 2002, she has presented her “oekaki bento” (kyaraben) works as an exploration of “food art.” She has had solo exhibits in Ginza (Tokyo) and Umeda (Osaka).