The Pursuit of a Happy Human Life 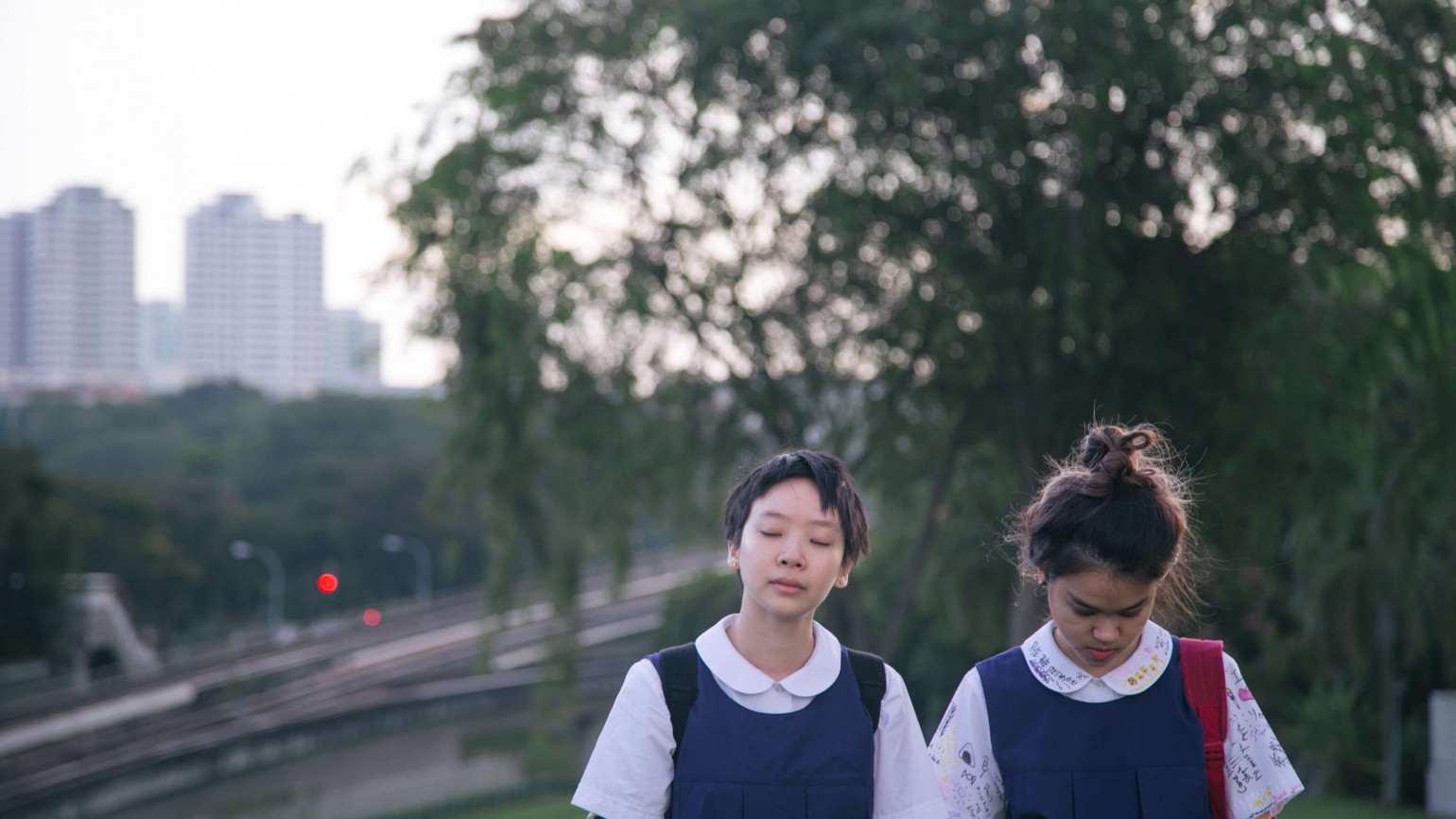 Yokes struggles to say goodbye to Steph Chan who is leaving Singapore for good. Set against a backdrop of the impending “O” Levels, the girls spend their last day together, in the after-hours of school, chatting about seemingly trivial matters. What lies beneath their youthful exuberance, is a complexity of emotions as they contemplate happiness in the face of Steph Chan’s unavoidable departure. On whose pursuit of happiness is she leaving for? The film attempts to use the ephemeral nature of human interaction to bring out the permanence and impermanence of human relationships.

Gladys’ films reflect her nature, often nuanced and subtle, interspersed with wry humour. Her short film, My Father After Dinner, was selected in the Best Singapore Short Program at the 26th Singapore International Film Festival (SGIFF). She was trained in writing and directing at the Victorian College of the Arts and participated in FLY ASEAN-ROK. Her latest short, The Pursuit of a Happy Human Life, is a commission of the 27th SGIFF.