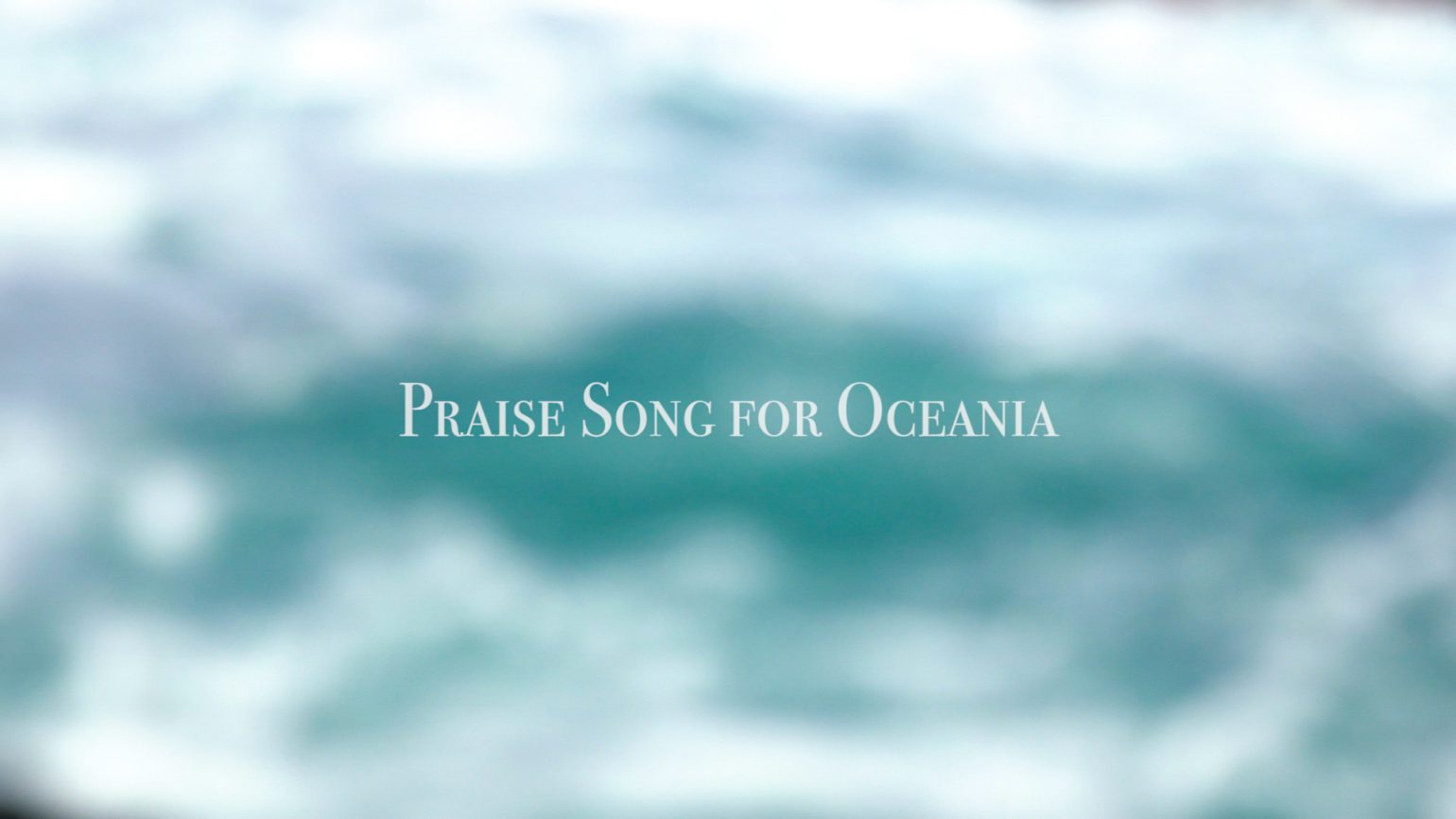 PRAISE SONG FOR OCEANIA is a video poem about the ecologies, histories, politics, economies, and the cultures of the Ocean. The poem is written by Chamorro poet Craig Santos Perez and the video was created by Hawaiian filmmaker Justyn Ah Chong of Olonā Media.

Born and raised on the island of Oʻahu, Justyn Ah Chong, also known as Kaʻolonā, is a Native Hawaiian filmmaker. Justyn graduated from the University of Southern California’s School of Cinematic Arts in 2011 with a B.A. in Film Production and a Minor in Business. Upon graduating, he returned to Hawaiʻi where he began working as a videographer and editor at ʻŌiwiTV – Hawaiʻi’s only indigenous television broadcasting network.